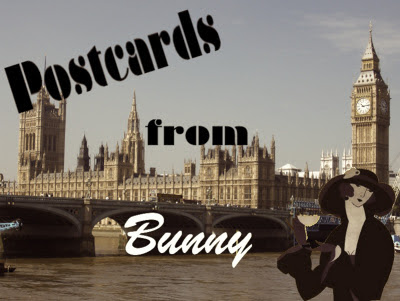 Yes, it's time for another instalment of Postcards from Bunny, only this time, it involves an actual postcard from Bunny!  You see, Brandy had received a letter from her dear friend (who says she is currently knee deep in pottery fragments on the site of what appears to be an ancient Crate and Barrel somewhere in the vicinity of Rome) inviting her to take part in the Buick Food and Wine Discovery Tour, which stopped off in Chicago (at Kendall College to be specific) last weekend.  Similar events are held in cities all over the country and consist of cooking demos by some really choice chefs, a guided wine tasting, an opportunity to test drive the latest vehicles in Buick's luxury fleet, and many more surprises. 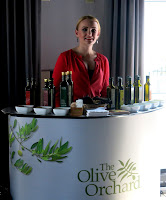 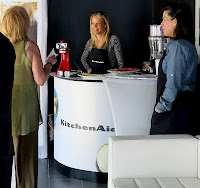 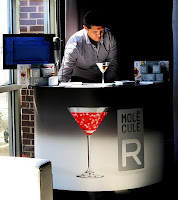 Brandy arrived to find a table laid out with delicious pastries, fruits, coffee, tea, and several demos from Molecule-R, Kitchen Aid, and The Olive Grove to entertain guests as they checked in.  She sampled a few of the artisan olive oils from the The Olive Grove first, favoring the subtle citrus twist of the the orange flavored variety, then watched in amazement as vegetables were sent whirling through various Kitchen Aid appliances, only to emerge perfectly chopped, sliced, diced, and everything in between.  The Molecule-R station was of particular interest as it boasted kits for the at home food scientist who really wants to impress their dinner guests with things like capsuled cocktails and foam sauces. 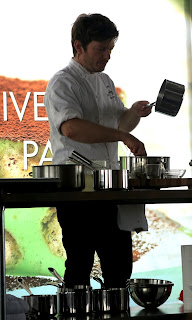 The crowd was then divided into three groups, each heading off to a different adventure to begin the day.  Brandy's group were taken to their first cooking demo, lead by Chef Ben Roche.  As we all know, Brandy has a special place in her heart for Moto and all their alumni, so she particularly loved seeing Chef Roche preparing his Sweet and Spicy Coconut Rice Pudding, which included puffed rice noodles, ice cream made with unconventional spices like caraway, and a strange concoction known as a chiboust (a combination of a meringue and a pastry cream) flavored with yuzu.  The textures in the dish were certainly something to behold, and although the ice cream was oddly enticing, the bright and fluffy chiboust was the definite winner on the plate.  Brandy couldn't resist quizzing Chef Roche after the demo about his newest venture, Baume & Brix,  a restaurant whose entire concept is based on the combination of sweet and savory which he started with fellow Moto alumnus Nate Park and Thomas Bowman.  "How in the world are you not serving brunch with a concept like that?!" Brandy berated him.  "We did just start serving lunch, if that helps," Chef Roche responded, which seemed to get Brandy off his back for the time being. 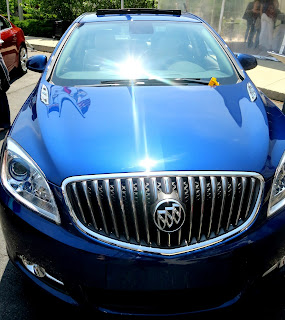 Next Brandy was taken downstairs for a brief introduction to the Buick family of luxury vehicles and the chance to test drive a few of them.  She was immediately drawn to the sportier Verano and Regal, the later of which she had the chance to take for a spin around the college.  The Regal ran very quietly, handling the torn up road incredibly smoothly and maintaining a firm holding on sharp turns.  Brandy expressed an interest in testing the full capabilities of the "Sport Mode," much to the horror of the poor representative trapped in the car with her.  "Don't worry, dear, I won't go much over 70," Brandy reassured her unsuccessfully (luckily, Chicago traffic didn't allow for such extreme speeds).  Brandy was quite fascinated by all of the bells and whistles the car had to offer, like heated seats, digital displays, and the OnStar feature (which the representative had to explain to Brandy was not to be used for having brunch delivered straight to the car). 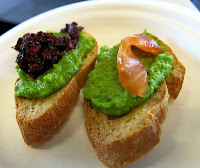 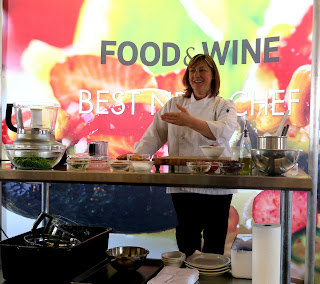 Once the vehicles had been returned safely, the group was escorted to their next demo with Chef Gale Gand.  It can be no surprise that this demo was also rather exciting for Brandy, as Chef Gand is a well known thrower of brunch parties and has even written a book of brunch recipes.  "I like the flexibility of brunch," she told Brandy, "Its the only meal where you can make anything work, from hot and cold to sweet and savory, and even interchanging adult and kid dishes, like making a fun cocktail for the grownups and giving the same thing to the kids, but with soda instead."  Chef Gand spent most of her time chatting with the crowd, telling delightful tales about how she wins arguments with her husband ("I'm sorry honey, where did we put your James Beard Award?  Because mine is hanging in the kitchen.") to encouraging members of the audience to book seats at her restaurant so that, "Work will know I wasn't just taking the day off to go to Navy Pier."  Eventually she did demo a quick English Pea Hummus, which she spread on slices of toasted baguette and topped with homemade olive tapenade and smoked salmon. 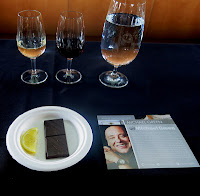 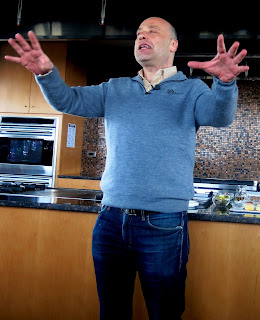 All the groups were then joined together to participate in a wine tasting guided by the effervescent Michael Greene, who referred to himself as a "Sneaker and t-shirt wearing wine snob."  He first had the crowd try a crisp Rodney Strong Sauvignon Blanc, which Brandy felt was rather acidic for her taste.  "Try it with a slice of lemon," he urged the crowd, and instantly the acid in the wine was subdued.  The change was so extreme that it reminded of Brandy of her adventures with miracle berries.  Next was a medium bodied Tempranillo from Tapena Winery in Spain, which Michael advised serving with a bit of salted dark chocolate to really bring out its fruitiness. 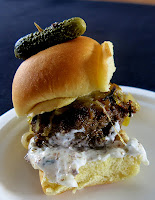 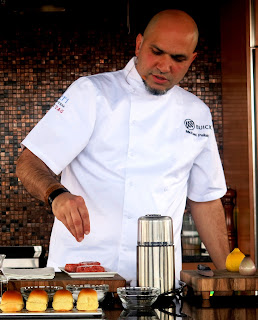 Finally the day ended with a demo from the extraordinary Michael Psilakis, who shared some beautiful stories about how his father inspired him to start cooking, and especially his decision to focus on his Greek heritage.  His dish was a Gyro Spiced Slider with Tzatziki Sauce, which had a brilliant flavor that really enhanced his custom mix of beef in the patty.  Even the tiny cornichon that topped the burger helped to add a bit of crispness and bite.

So all in all, quite a nice day was had at the Buick and Food and Wine Tour.  The best part about the event is that it is free for all!  Simply visit the Buick Discovery Tour website to register for their next event in your city!  And make sure to check out the recipes for all the dishes featured below: 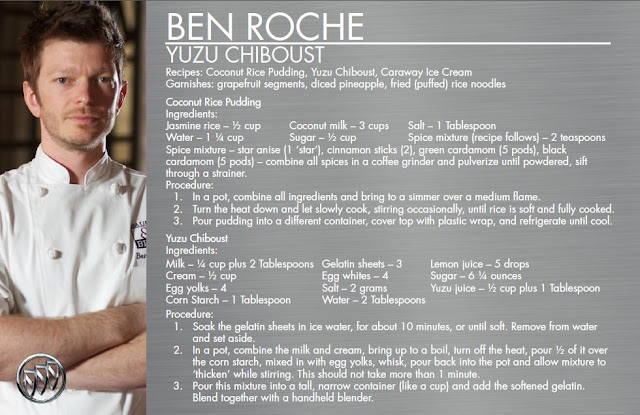 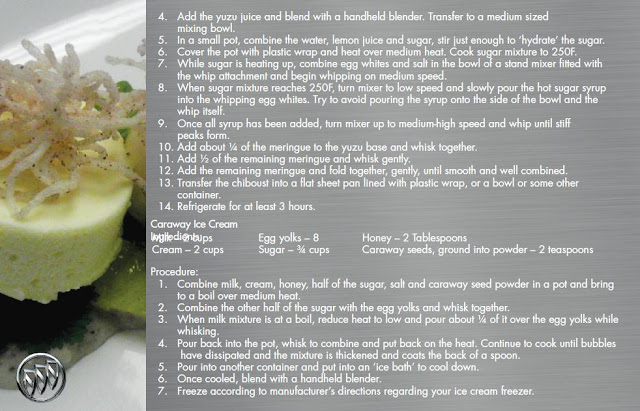 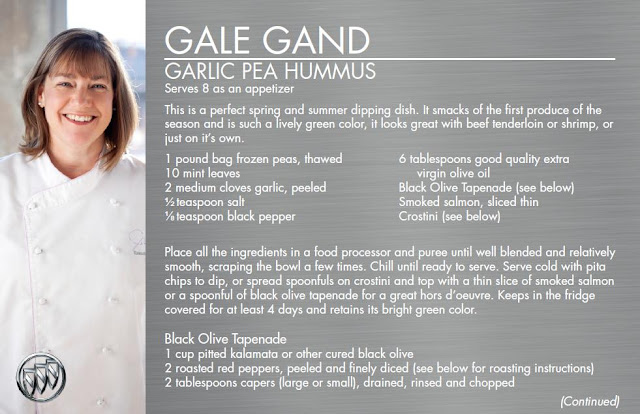 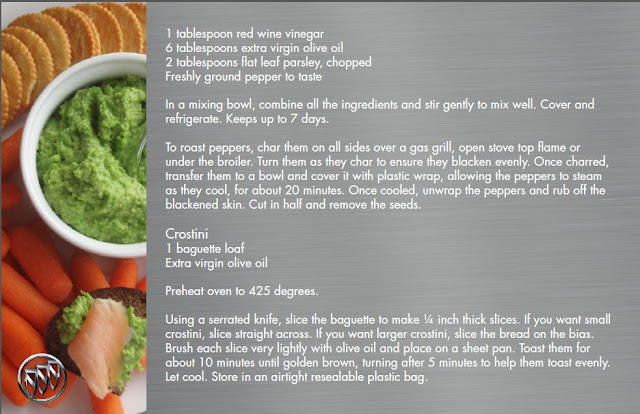 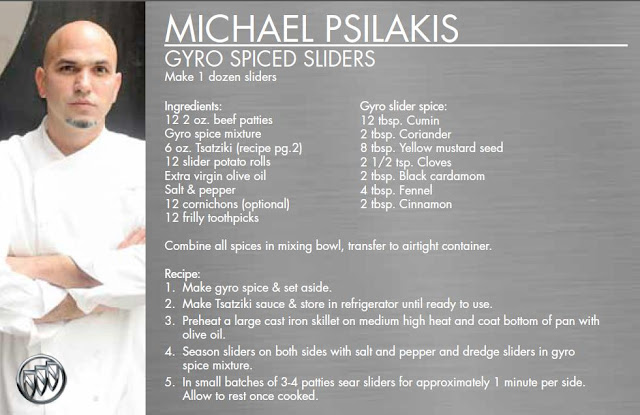 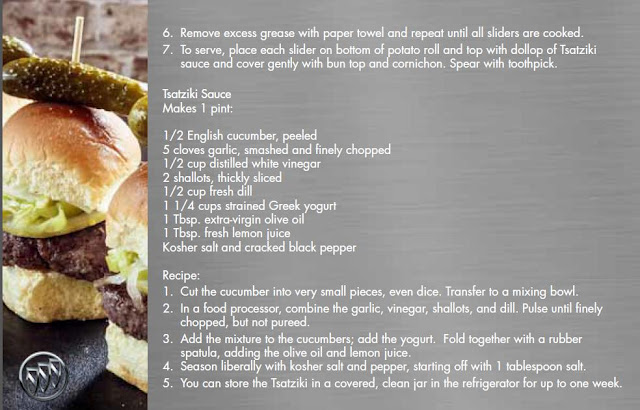