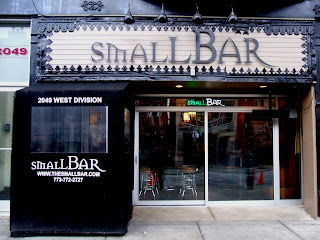 We've spoken previously about Brandy's confusion with that race of young people known as "Hipsters."  The black glasses wearing, vintage band t-shirt sporting, extreme facial hair touting, PBR drinking, denizens of everything thrift, obscure, and ironic.  "First of all, no American has any idea what irony is," Brandy says, "Secondly, in my day you didn't just walk around with the same facial hair as Kaiser Willhelm unless you wanted to get a good kick up the jacksy."

The lair of the urban hipster, the faux dive bar, is also of confusion to Brandy.  "It used to be that bars were just that; bars.  You'd have one long counter from which the bartender would operate, maybe a few tables and chairs, always made out of hard wood, the television would be playing a good old footy game," by that Brandy means football in the European sense of the word, "And the walls would be hung not with odd things for the sake of it, but with things the bar owner himself found significant, like an old trophy for dart throwing or the oars of the boat his Grandfather used to take him fishing in."  It seems that every time Brandy walks into a bar these days, it has purposely eclectic lighting fixtures, annoyingly odd chachkies behind the bar, or signed tour posters of bands no one has ever heard of, and it is for that reason that she had somewhat given up her old custom of going for a pint during the dark winter evenings. 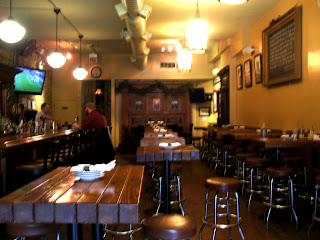 While Christmas shopping one Sunday afternoon in Wicker Park, Brandy crossed over into the mecca for hipsters, Ukrainian Village, quite by mistake after she lost her way while trying to send a text through a pager from 1993.  Looking up and finding herself surrounded by flannel shirts, floppy hats, and stores showing the covers of some strange publications called "graphic novels," Brandy quickly took refuge in the first eatery she came across, in order to get her barrings.  The eatery just so happened to be Small Bar on Division, which immediately had Brandy glancing around in awe.  "A real bar...can it be?" she whispered to herself as she looked from the television showing a live soccer game to the heavy wood tables, to the un-ironicly decorated walls.  Before she knew it, she was seated at a table by the window as the nice young bartender poured a glass of water and presented her with a menu. 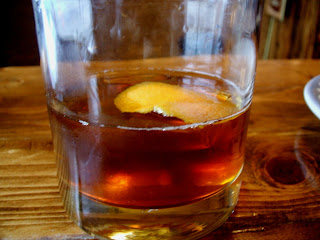 One cocktail caught Brandy's eye right away; The Moondance, which was a combination of black tea infused tequila, cherry wood vanilla bitters, and a muddled orange peel, among other delicious things.  The drink was oddly refreshing and deeply flavored at the same time, with a sweet and smokey finish.  Brandy wondered at the infused tequila, thinking it tasted almost more like whiskey. 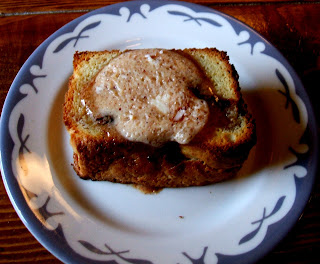 To start off her meal, she ordered a slice of Coffee Cake, which came hot to the table with a slab of cinnamon butter melting away on top of it.  The cake was rich and buttery, very moist and with plenty of spice from the cinnamon.  The outside had a perfect sort of crunch that made Brandy smile to herself, thinking that this was truly the definition of comfort food. 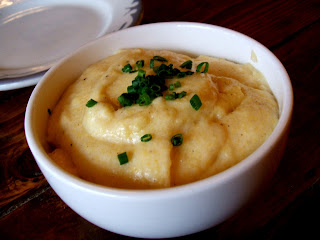 Next came a side of Creamy Yellow Polenta, topped off with some chopped chives.  Being used to seeing cheesy grits on menus across Chicagoland, this was a welcome change.  The polenta was soft, creamy, smooth, and had a good fresh bite from the chives. 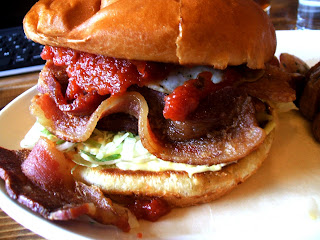 For her main course, Brandy chose the BLT and Fried Egg.  This twist on the classic sandwich included shredded lettuce, garlic aioli, and tomato jam as well as the usual suspects.  Brandy was in love at first bite.  The bacon was crisp without being greasy, the bread soft without falling apart, the shredded lettuce added a good bit of texture, and the tomato jam was sweet and just generally delicious.  All of this perfection was topped off by the richness of the fried egg, creating what Brandy deemed to be the best BLT she'd ever eaten.  On the side were some really nicely done potatoes, which were crisp on the outside, soft on the inside, and had a very pleasant flavor that was all at once salty, herbaceous, and buttery without being oily.

As a yellow flag was thrown down on the field of the game on the television, Brandy tossed down about $30 for her brunch and left Small Bar with a great sigh of relief.  Encountering a group of hipsters on her way out, she grabbed one of them by the shoulder, pointed him at the bar and said, "Listen to me, sonny Jim, you go in there with your friends right now.  This is what a real bar looks like, you see.  Now go on in, and woe betide you if you dare try to appreciate it ironically!" 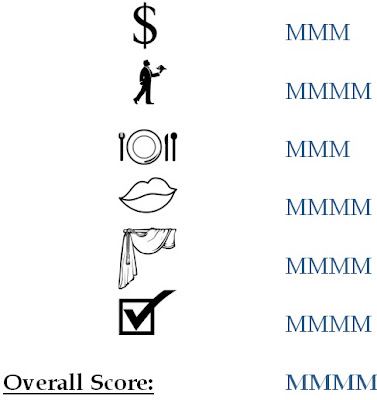