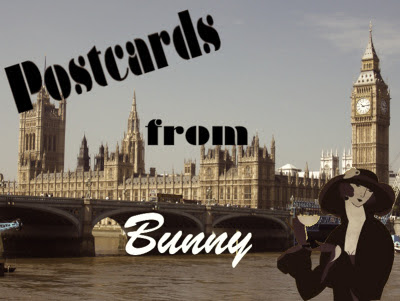 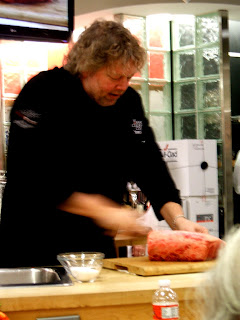 Well, that time is upon us again, friends.  Time for joy and cheer, tinsel and glitter, family and friends, but mostly... food!  Glorious, fattening, tasty holiday food!  And it is the lure of this delicious food that brought dear Bunny back, if only for a short while, to Chicago from her world travels with her husband Benedict.  You see, once again Bunny heard tell that another member of the Macy's Culinary Council (a few months ago it was renowned Chicago chef Takashi﻿ Yagihashi) would be giving a demo on holiday food preparation at Macy's on State Street in the heart of downtown.
This time around it was Chef Tom Douglas, owner and head chef of 13 wonderful restaurants in Seattle, head chef of Amtrak Trains, and partner chef with Columbia Crest Wines.  Chef Douglas apparently has a soft spot for Chicago, being that his parents originated from the city, but apparently does not have plans to grace the Midwest with any of his culinary vision outside Macy's.  "You guys have Rick Bayless," he said, "What do you need me for?  You have so many good restaurants already.  Don't be greedy." 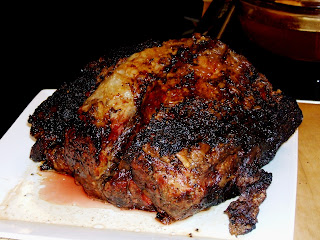 For his demo, Chef Douglas set about preparing some of his signature recipes from The Macy's Culinary Council Thanksgiving & Holiday Cookbook   He started off by preparing a prime rib roast using the same methods as in his Coffee Bean Turkey recipe from the book.  His special tip when butchering the roast: never "French" the bones of a rib roast, or you will lose the preciously tender "baby back rib" meat.  To go along with that was a stuffing with dried cherries, hazelnuts, and oyster mushrooms (which originally took the place of more traditional oysters in order to satisfy Chef Douglas's staunchly traditional mother in law).  Lastly was the Pear Tart, made with puff pastry ("Our puff pastry at the restaurant is 1000 layers and made by hand.  You can use store bought," Chef Douglas instructed the crowd), almond cream, sliced fresh pears, whipped cream, and a "dreamy" caramel sauce. 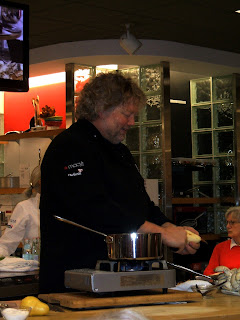 As Bunny could not resist an opportunity to talk brunch, she asked Chef Douglas what his favorite breakfast dish is.  "We have a dish at one of my restaurants that's named after me, actually," he said, "It's red wine braised octopus with eggs, bacon, and a big slab of garlic bread."  At this, Bunny swooned and ran out of Macy's to book her next trip to Seattle.

So thanks to Chef Tom Douglas and Macy's for a wonderful afternoon of holiday cooking!

*The writers of this blog have been compensated by Everywhere Society for the information contained in this post, but the opinions stated were not influenced.
Posted by Bunny and Brandy at 9:17 AM