I was sent products from Bee K'onscious free of charge in order to facilitate the writing of this post.

Convoluted story time: I've been watching the Emmy Made in Japan Youtube channel for many many years. I love all the quirky recipes she attempts, and I especially love her open mindedness to even the most ridiculous sounding flavor combinations and unusual (AKA non-Western) ingredients. Emmy also often attempts to make every day grocery items, like condiments or different types or bread or noodles, from scratch, so it was no surprise when she decided to start raising her own chickens and become a bee keeper. I'm personally not a big fan of bees, but watching her foray into bee keeping and everything that goes into honey production is downright thrilling. All this is to say that I have a new found appreciation for the complexities of honey production and extraction. Much like wine, honey's flavor and texture is dependent on so many things; the season, the weather, of course the pollen available, but even the happiness of the bees in the hive! 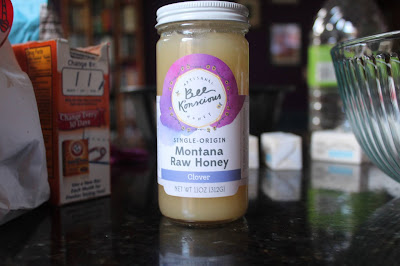 When a company called Bee K'onscious reached out to me recently about their line of artisanal raw honeys, I couldn't help thinking of all the drama I'd watched Emmy go through with her bees in order to collect fresh, raw, beautiful honey. Bee K'onscious is based in Denver, but their honeys come from small bee keepers in California, Montana, and Brazil. Each bottle is single source, meaning it can be traced to a single bee keeper via a QR code on the bottle. Since the honey is raw and unfiltered, it retains all of the natural nutrients and anti bacterial properties a lot of over processed honeys loose along the way. Being raw and unpasteurized also means the honey can sometimes come crystallized, which might throw some people off. However, crystallized honey is just as delicious and can be more easily used as a spread on things like biscuits and pancakes. If you would rather have a more liquid honey, that's no problem! Simple dip the jar into some hot water and the honey will transform into liquid gold. 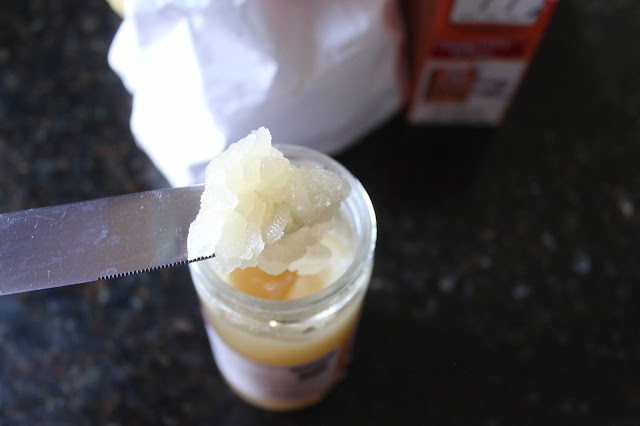 The honey I received from Montana Clover honey, and it had a lovely bright floral flavor without a cloying, lingering sweetness. As I've been baking a lot of bread recently, I really enjoyed spreading it on warm toast with a little local strawberry preserves. I actually really enjoyed it in it's crystallized form, as it added a nice bit of texture! However, I wanted to find a nice summery recipe in which I could really show off how delicious and delicate this honey is. 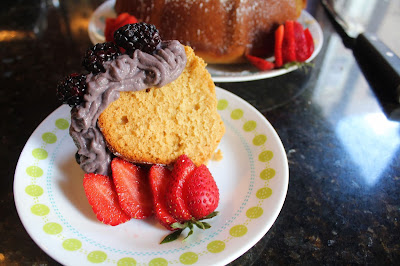 After going through many, many recipes in which honey was used more as a sweetening agent rather than a flavoring component, I settled in this simple recipe from King Arthur Flour. For some reason, I just think the combination of the whole wheat flour and the all purpose flour really helps the honey shine, and the fact that there is no additional sugar means this cake has just the right amount of sweetness. To compliment the simplicity of the cake and the floral flavor of the honey, I made a version of my Earl Grey pastry cream, but with a lavender Earl Grey and a touch of purple food coloring for funzies. I then topped the cake off with some fresh strawberries and blackberries and a sprinkling of powdered sugar. the result was a delectable treat that could be easily enjoyed for a decadent breakfast or a light dessert! I even crumbled up some of the cake and layered it into a mason jar along with the berries and pastry cream to take on a responsibly socially distant picnic. 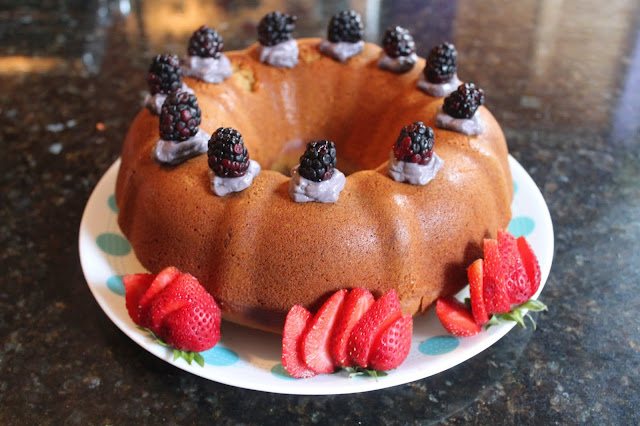 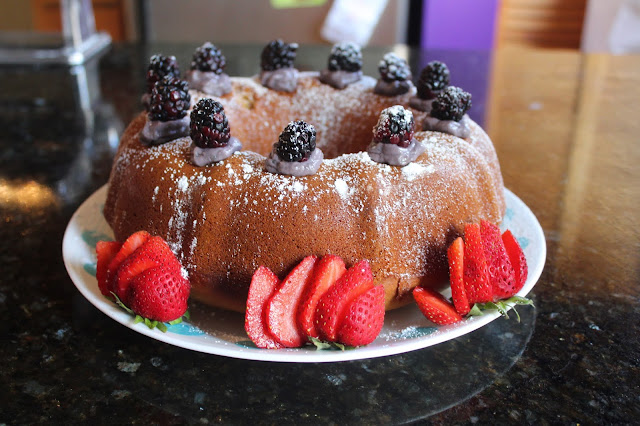 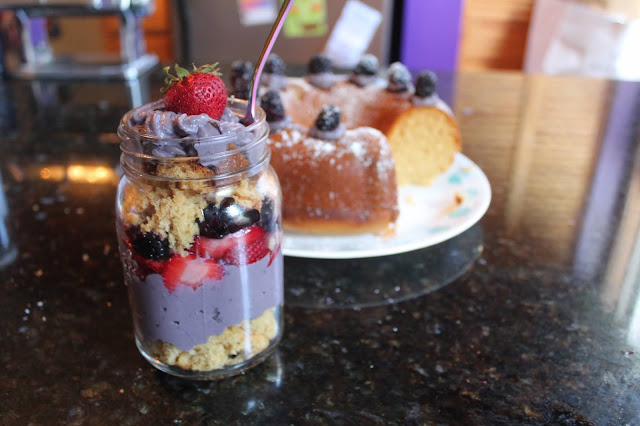 If you are a honey aficionado, or you would like to become one, I would highly encourage you to check out Bee K'conscious. Not only are they an ethical and sustainable small business, the very nature of honey production is environmentally positive as can be! Keep an eye out for more honey sources from them as they expand their product line to include single source honeys from all over the world! 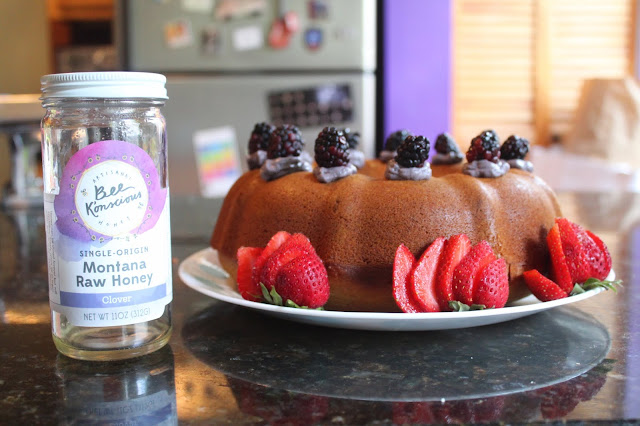 Posted by Bunny and Brandy at 1:41 PM