I was sent products free of charge as part of the Greatest Tomatoes from Europe campaign in order to facilitate the writing of this post.

Earlier this year, I read Real Food, Fake Food: Why You Don't Know What You're Eating and What You Can Do About It by Larry Olmsted and it really opened my eyes to how little and how much labeling matters in the USA. So many words used on packaged goods like "All Natural" and "Healthy" mean absolutely nothing. A ton of the seafood sold in this country is complete and total lies, from the its listed country of origin to its actual species. And don't even get me started on how deceptive wine labels are in this country! 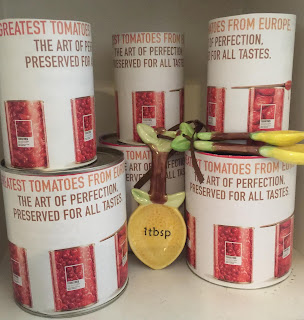 Why does a government organization like the FDA let companies get away with stuff like this, you might ask? Quite honestly, because as long as people aren't getting horrendously sick, they really don't care. Much of the food industry in America is left to self regulate, so authenticity and honest labeling depends entirely on the integrity of each individual brand.

In Europe, however, things are very different. Packaged food products are strictly regulated and labeled so that consumers not only know what they're eating and drinking, but also where it came from. Everyone knows that old chestnut about how real Champagne can only come from the Champagne region of France, but did you know that real Parmesan cheese can only come from Parma, Italy? So no, that white stuff in the green cardboard bottle you like to sprinkle on your pasta and pizza is no where near the same thing as a fresh cut wedge of Parmigiano Reggiano. The city of Parma even tried to petition the US government to copyright the name of their signature cheese, but it was ruled that "Parmesan" was a descriptor word for cheese, and therefore could not be copyrighted. Same thing with Cheddar, which should technically only be from the village of Cheddar in Somerset, UK.

Soon after reading Real Food, Fake Food I attended a seminar hosted by the Italian American Chamber of Commerce, which talked about many of the same labeling standards on European goods and instructed us on what to look for. Have you seen a DOC or PDO label on something? That tells you the item has to fit very strict regional regulations in how and where it is made or packaged. Most often you will see those labels on things like wine and olive oil, which are more strictly categorized in Europe (the stuff we sell as Extra Virgin Olive Oil in this county, for instance, would be sold for lamp oil over there!), but once you start looking for them, you'll realize how many European products you could be getting to upgrade your pantry. 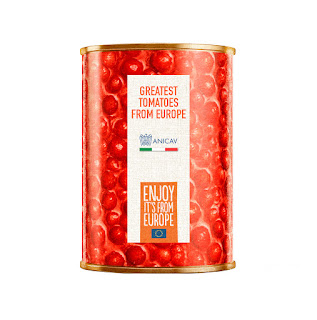 Take the humble canned tomato, for example. Used for everything from soups to sauces to jams, canned tomatoes are a pantry staple. Now, this is an objective opinion and not a fact, but a lot of American tomatoes just have absolutely no flavor. There is a reason Italian tomatoes are prized, and it has everything to do with how they are grown and when they are processed.

When my mother and I began planning our Christmas dinner this year, we decided to make a big pan of lasagna, but with everything made from scratch. As I have taken up pasta making over the last year, creating the fresh noodles would be no issue. And since this was going to be a big special dinner, we decided we should only get the best ingredients. Real Parmigiano Reggiano. Real Buffalo milk Mozzarella. And of course, Italian tomatoes.

But before we cooked up our big lasagna on Christmas Eve, I decided to test if canned European tomatoes are really all that different from American ones by making a humble Tomato Bisque. Of course, I had to give it a little twist of my own, so I decided to serve it like French Onion Soup by topping it off with a garlic crostini and a thick layer of melted cheese. If I wanted to be really pretentious about it, I could have called it a Re-Imagined Tomato Soup and Grilled Cheese, but since I only want to be a little pretentious, I'm calling it Caprese Soup. My challenge to you, dear reader, is this: Make this soup twice, once using canned American tomatoes, and once using canned European tomatoes and see if you can tell the difference in color, texture, and flavor. If you can, I bet you'll suddenly be searching labels at the grocery store for products of European origin, just like me. 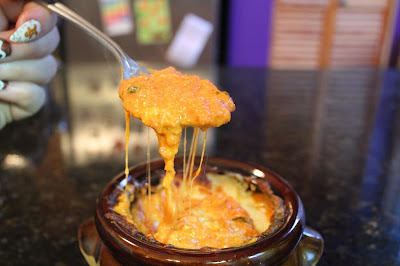 Add the oil to a deep bottomed pot, such as a stock pot or a Dutch oven, and bring to temperature over medium high heat. Add onion and saute until the pieces of onion are translucent and slightly golden around the edges. Add in the garlic and cook for about 30 seconds. Add in the canned tomatoes and their juices, then turn down the heat to medium and simmer covered for about 10-15 minutes. Use a stick blender to puree the contents of the pot, then add in the fresh basil, stir, and cook uncovered for another 5 minutes. Turn off the heat and add in the cream.

Use a ladle to fill a stone onion soup bowl with the tomato bisque. Top with 2-3 garlic crostini, then mound on mozzarella and Parmesan cheese until the entire top is covered. Put under a broiler for 2-5 minutes, or until the cheese is completely melted and golden on top. 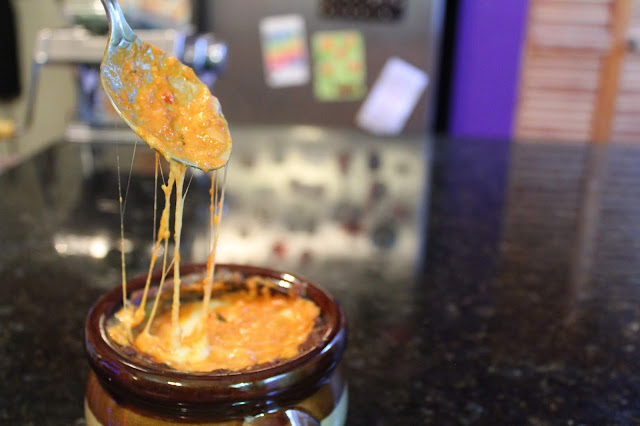