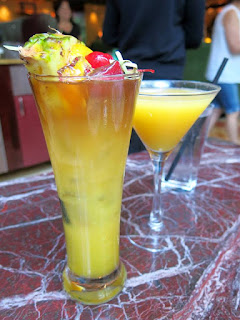 "Two words: Hen Night," Brandy said to her good friend Starr. "What does that mean? Are you asking me to go out for fried chicken?" "No, silly, a Hen Night! You know, with cocktails and gossiping and lots of fresh summery nibbles?" "Oh! A Girl's Night Out!" "Right! We call them Hen Nights on my side of the pond." "Gotcha. Where should we go?" "Somewhere downtown with a lovely view so we can people watch. And somewhere with an extensive and varied menu so we have lots of options for snacking. And fantastical drinks, of course. Comfy seating." "Sounds like somewhere we both know very well. Grand Lux Cafe it is!"

And so, Brandy and Starr headed down to the Magnificent Mile, grabbed a prime booth by the window overlooking Michigan Ave, and started off a night of frivolity and a whole lot of inappropriate giggling.

Drinks were in order, of course, to kick everything off. Brandy went with the classic Mai Tai, which she found to be perfectly fruity and delicious. Starr went for the more sophisticated sounding Asian Pear Martini, which she actually found quite sweet and strong, but with a pleasant flavor at the front.

Picking from the new summer items, Brandy and Starr ordered the Tuna Poke Tacos, a delightful fusion of Latin and Asian cuisine. The taco shells were actually deep fried wonton wrappers, which had a brilliant crunch that matched well with the soft and silky filling of tuna, avocado, soy sauce, and sesame seeds. "Now these are the definition of finger-licking good!" said Starr as she finished off the last of her taco. They also ordered the Pot Roast Fries, which Brandy instantly fell in love with. "Tender meat, cheese sauce, and crispy potatoes. This speaks to the most primal part of my soul," she said as she stuffed another handful of fries into her mouth. 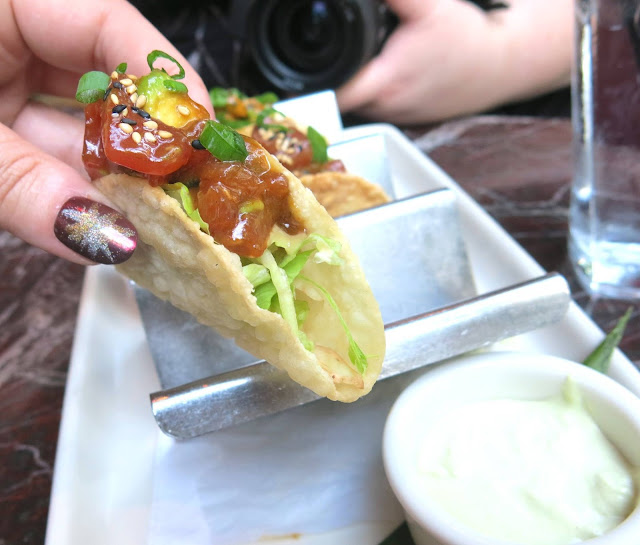 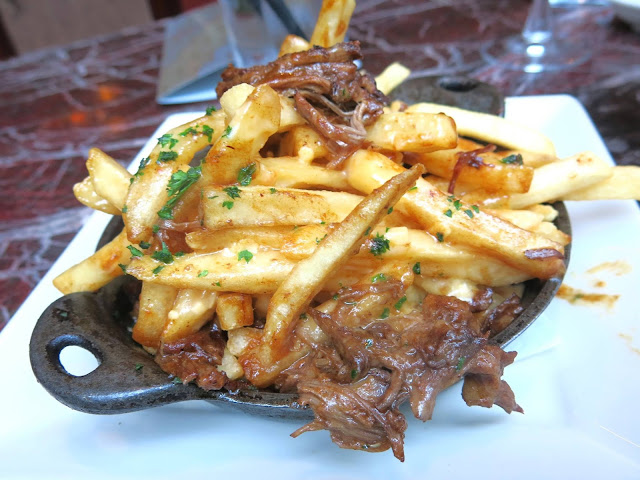 Next, to lighten things up, they split one of the new summer salads, which came dressed with roasted pears, strawberries, feta cheese, and almonds, in a balsamic dressing. Brandy has always been a big fan of fruit in her salad, so this mix of sweet, creamy, and crunchy ingredients was just perfect for her. 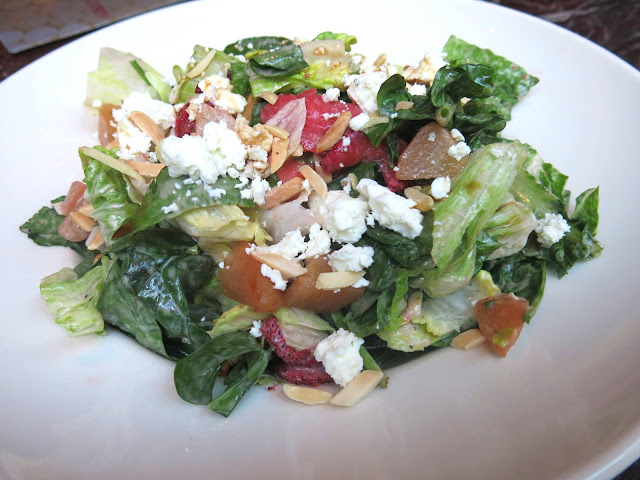 Starr went for the Fish and Chips as her entree, which also came with a side of peanut coleslaw. The fish was tender and light with a nicely crisp tempura batter. She also liked that the dish came with a side of house made tartar sauce, which combine well with the lashings of vinegar she added to the fish. The slaw was also a nice little surprise, as it had a unique peppery flavor and plenty of crunch. 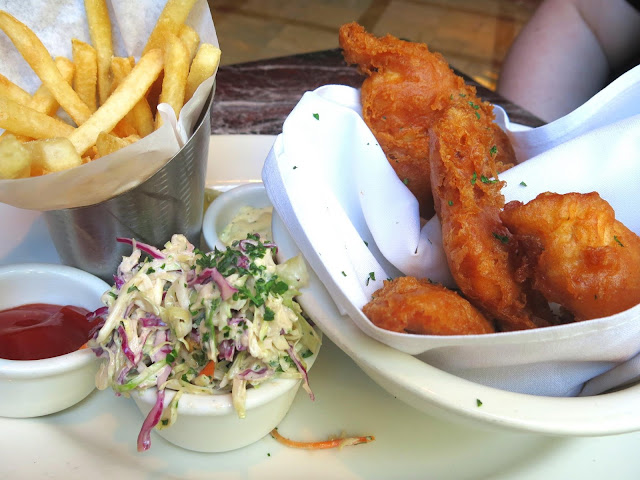 Brandy went with the new Brie and Bacon Burger. The combination of the melty brie cheese, the smokey bacon, some peppery greens, creamy mayo, and a sweet red onion jam was so utterly perfect in Brandy's mind. Of course, the combination of the sweet and savory flavors was an instant hit, but Brandy also really liked that no one thing really overwhelmed anything else. As a side dish, Brandy
also ordered the Crispy Glazed Brussels Sprouts, which turned out to be the best thing she tried all night. Sweet, a little crisp, savory, and so very delicious, Brandy could have eaten several more servings of these sprouts if she hadn't already indulged in so much deliciousness. 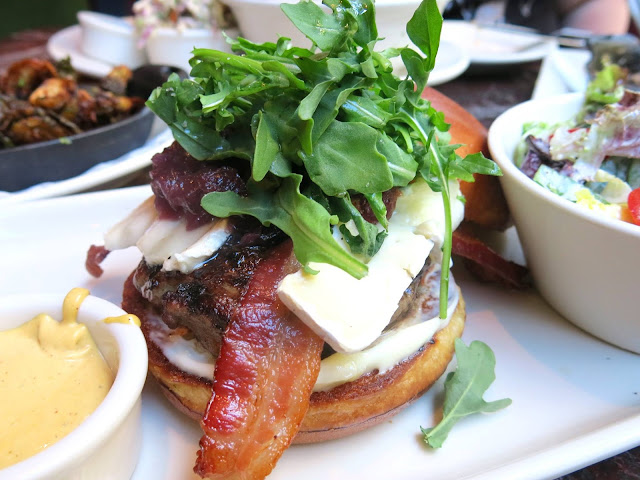 Finally, the ladies wound down their evening out with a pair of coffee cocktails and an order of Warm Butter Cake. The rich and gooey cake was so perfect with a scoop of vanilla ice cream and a sprinkling of marinated strawberries as accompaniment. Even though both ladies were full to the brim, they still managed to finish off every last bite of that cake, which is certainly saying something. 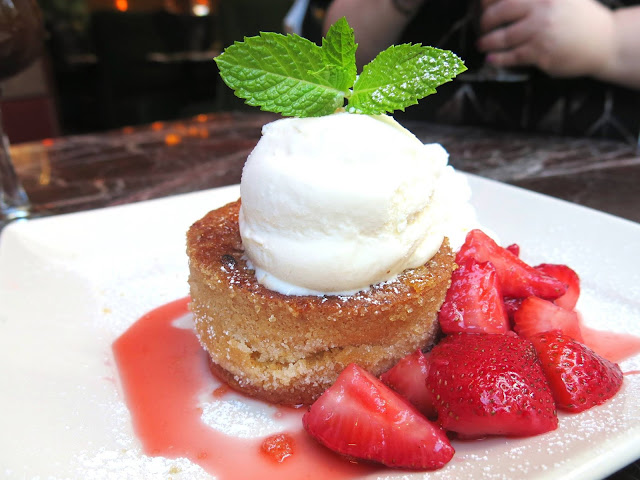 "Ah, we need to do this more often!" Brandy sighed with contentment. "Not too often though," said Starr, "Otherwise you're going to have to buy me a gym membership!"

The writers of this blog were invited to dine by the restaurant free of charge in order to facilitate the writing of this post.