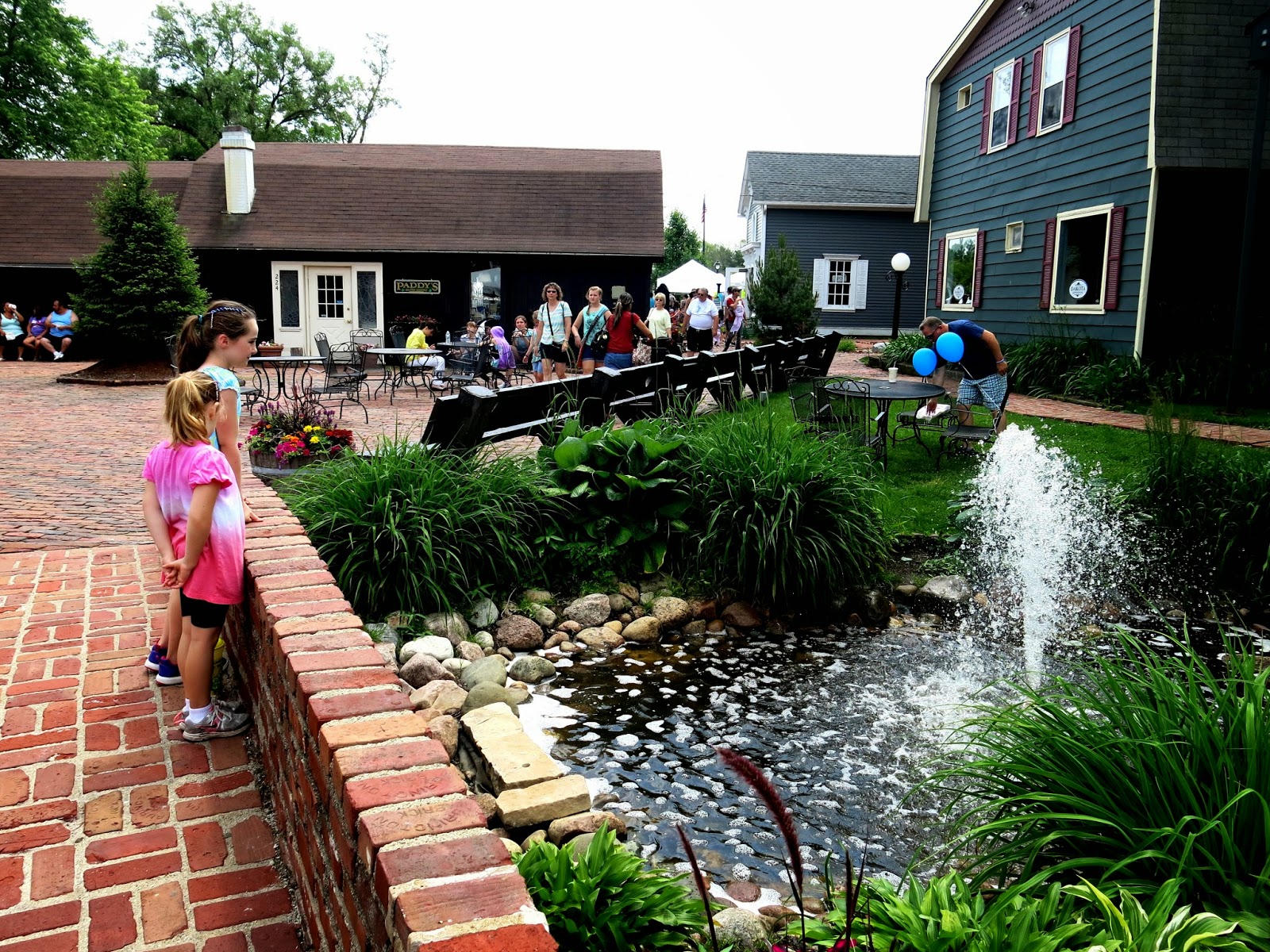 As much as Brandy loves Chicago, sometimes she just needs to get out of the city and remind herself that not everywhere is a metropolitan paradise.  "Sometimes I forget there are places with wild growing trees that haven't been planted by a land scapping company or the city park authority," as she likes to say.  And as Brandy is not a native to the Chicago area, she also loves any excuse to explore the outter reaches of what they call Chicagoland (a phrase which always makes Brandy picture a theme park with cutesy gangster mascots and a fiery roller coaster ride), so it is perhaps no wonder that when word reached her of the Long Grove Strawberry Festival, she felt it might make for a nice day trip.  Enlisting her friends Bailey and Hawk to come along (both of whom were more experienced in the typical American suburban experience than Brandy), the three landed firm footed in Long Grove, ready for a wonderful afternoon of berry binging. 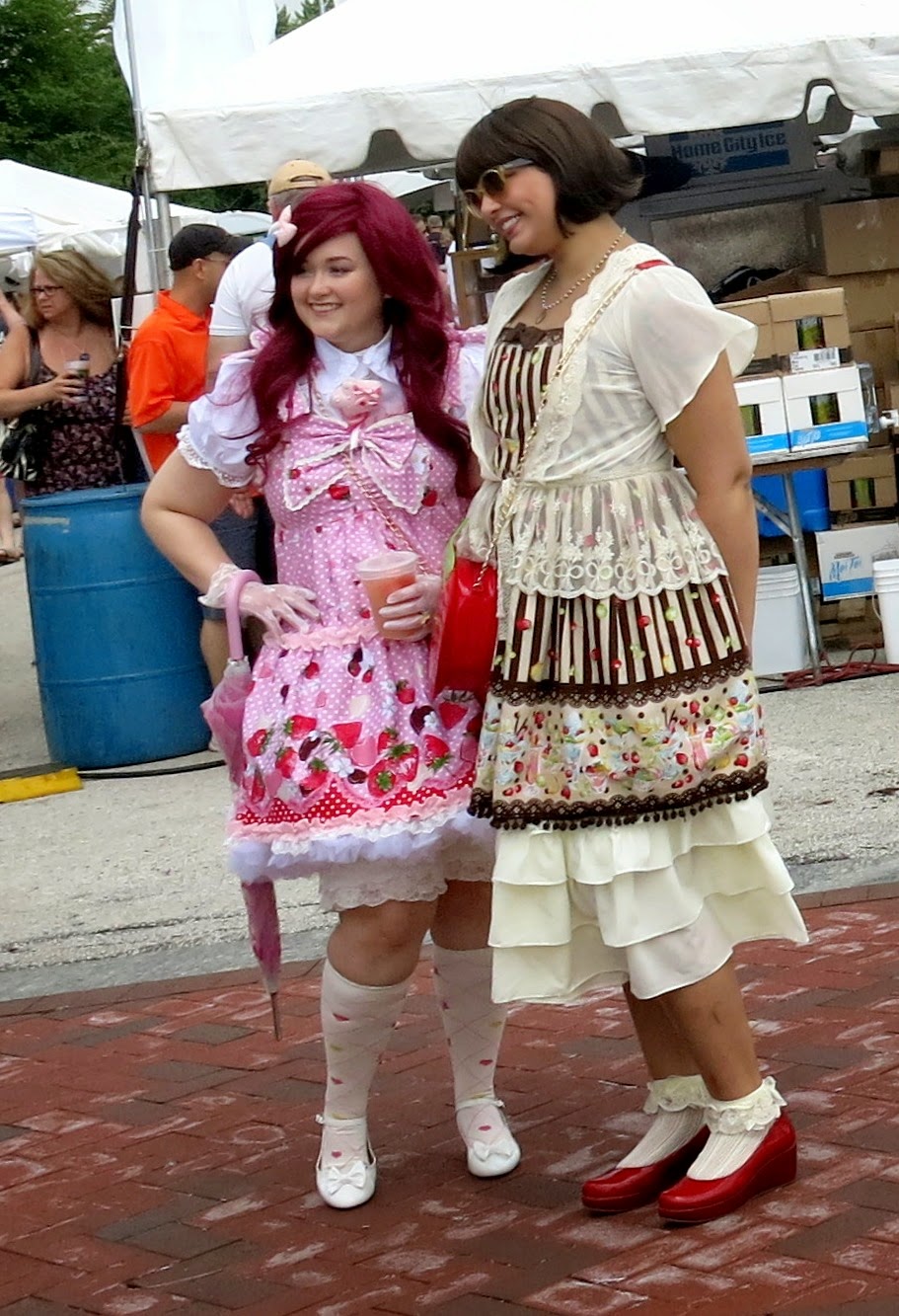 Long Grove, which is about a 45 minute drive from Chicago, is a small but scenic village with lots of historic buildings dating back to the 1800's that reminded Brandy of her homeland in the Europe.  Eccentric little shops line the meandering cobble stone paths of downtown Long Grove, winding their way across stone and wooden bridges that cover a picturesque stream running past many of the old world style buildings.  In the last few years, the village has become known as a food festival haven, hosting not only the summer Strawberry Festival, but an Apple Festival in the fall and a Chocolate Festival in the spring.  "The thing about getting out of the city is I'm always so shocked by how even the busiest suburban square is so quiet in comparison," Brandy mused as they exited the car.  "I love how the air doesn't seem choked with pollution," Bailey grinned.  "I'm just glad we're going to a food festival that won't be jammed to capacity," said Hawk. 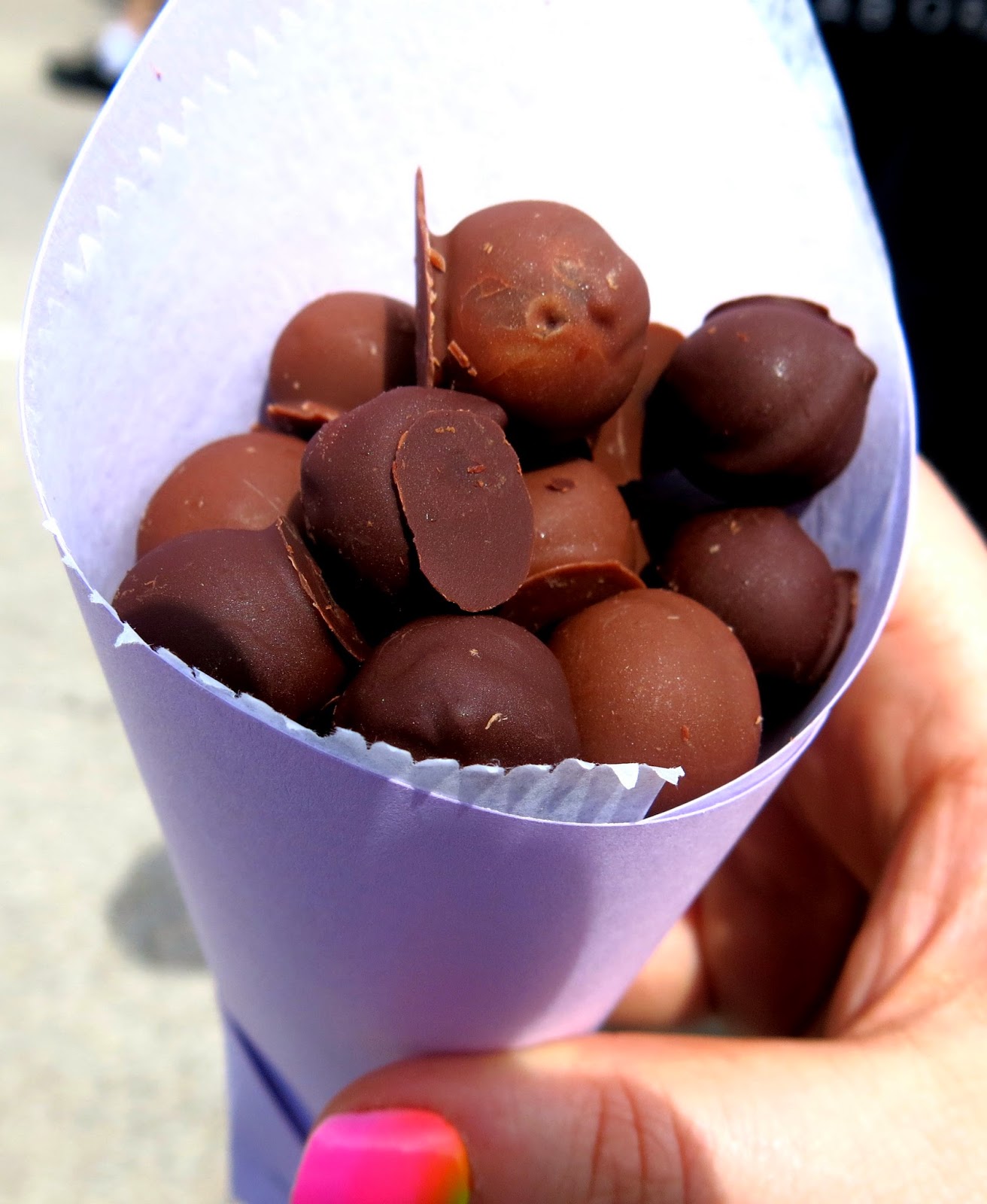 First stop was the booth labeled The Great Grape for some quick, sweet bites.  Bailey indulged in a bag of peanut butter filled, chocolate covered pretzel bites, which though a little messy in the heat, had an awesome hit of salty and sweet.  Hawk and Brandy were more curious about their name sake confection, milk and dark chocolate covered grapes, which came served cold and in a lavender paper cone.  "I don't know... isn't this the strawberry festival?" Hawk protested.  "I think it's clever.  There's going to be thousands of chocolate cover strawberries, but whose going to have heard of chocolate covered grapes?" Brandy countered and ordered up a cone.  One bite had everyone convinced these were a terrific idea; cold inside, but not frozen, so that all their juices came rushing out in the first bite to mingle with the thin layer of crisp, velvety chocolate, these little beauties were a truly unexpected delight.  Though the milk chocolate was tasty, everyone agreed that the slightly bitter dark chocolate was a better compliment to the sweetness of the grapes. 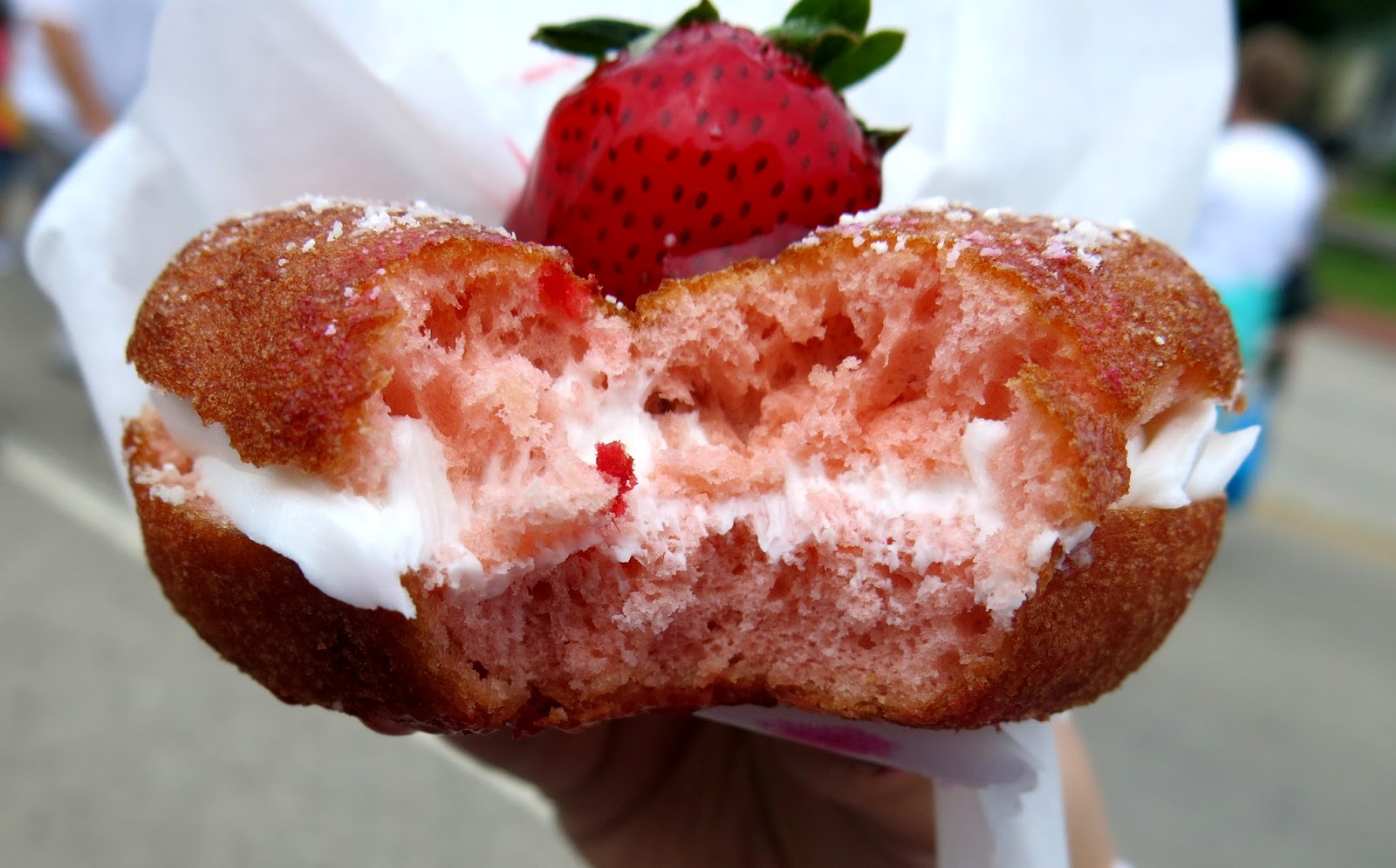 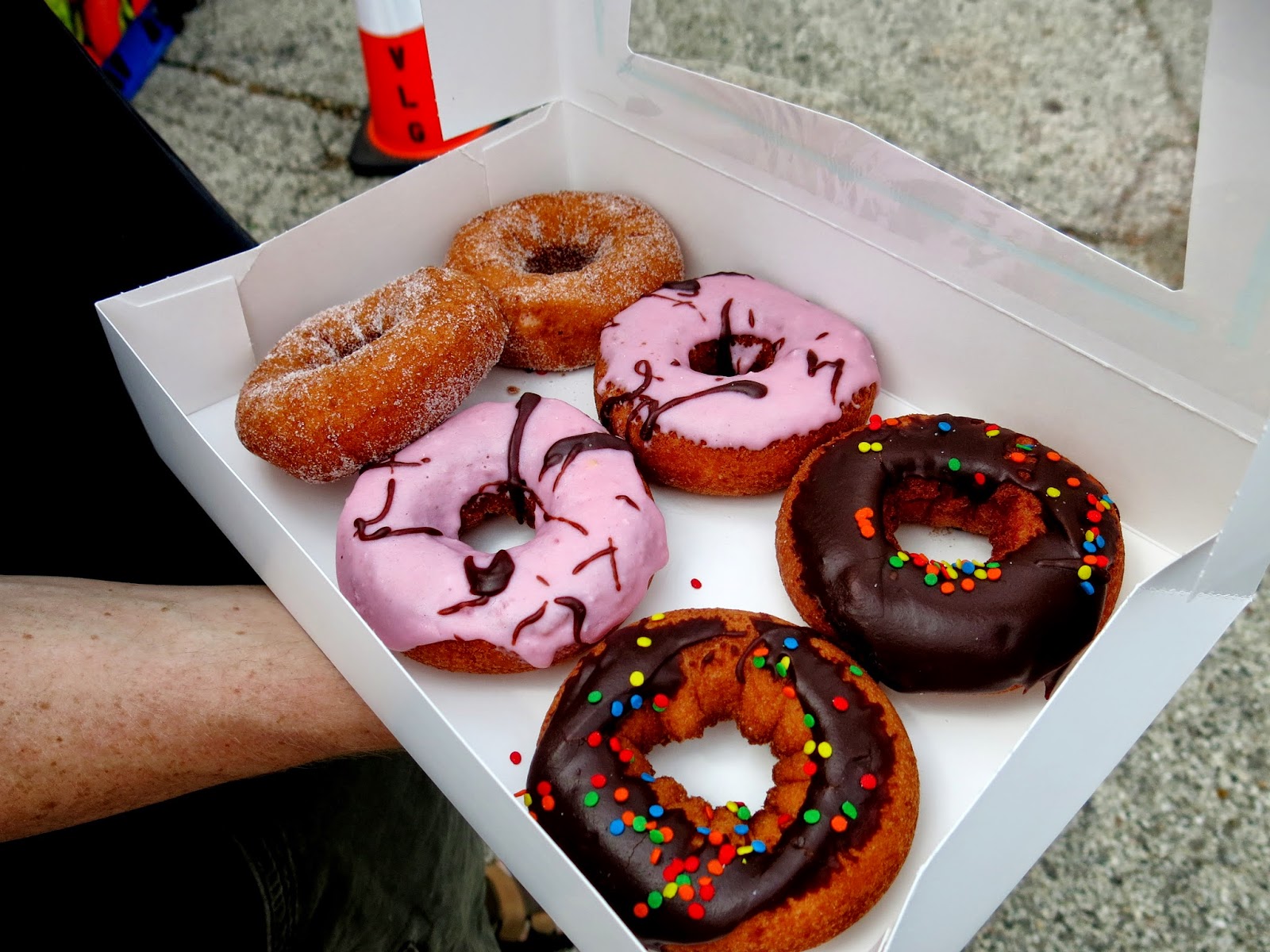 Next stop was the booth for the Long Grove Confectionery, which had a host of strawberry donuts on offer.  Hawk and Bailey grabbed a half dozen, while Brandy sprang for one of the specialties, which had a rich butter cream filling sandwiched inside the donut.  Brandy loved the soft cake like texture of the donuts, and although they appeared to be bursting with strawberry goodness, the flavor wasn't quite as exciting. 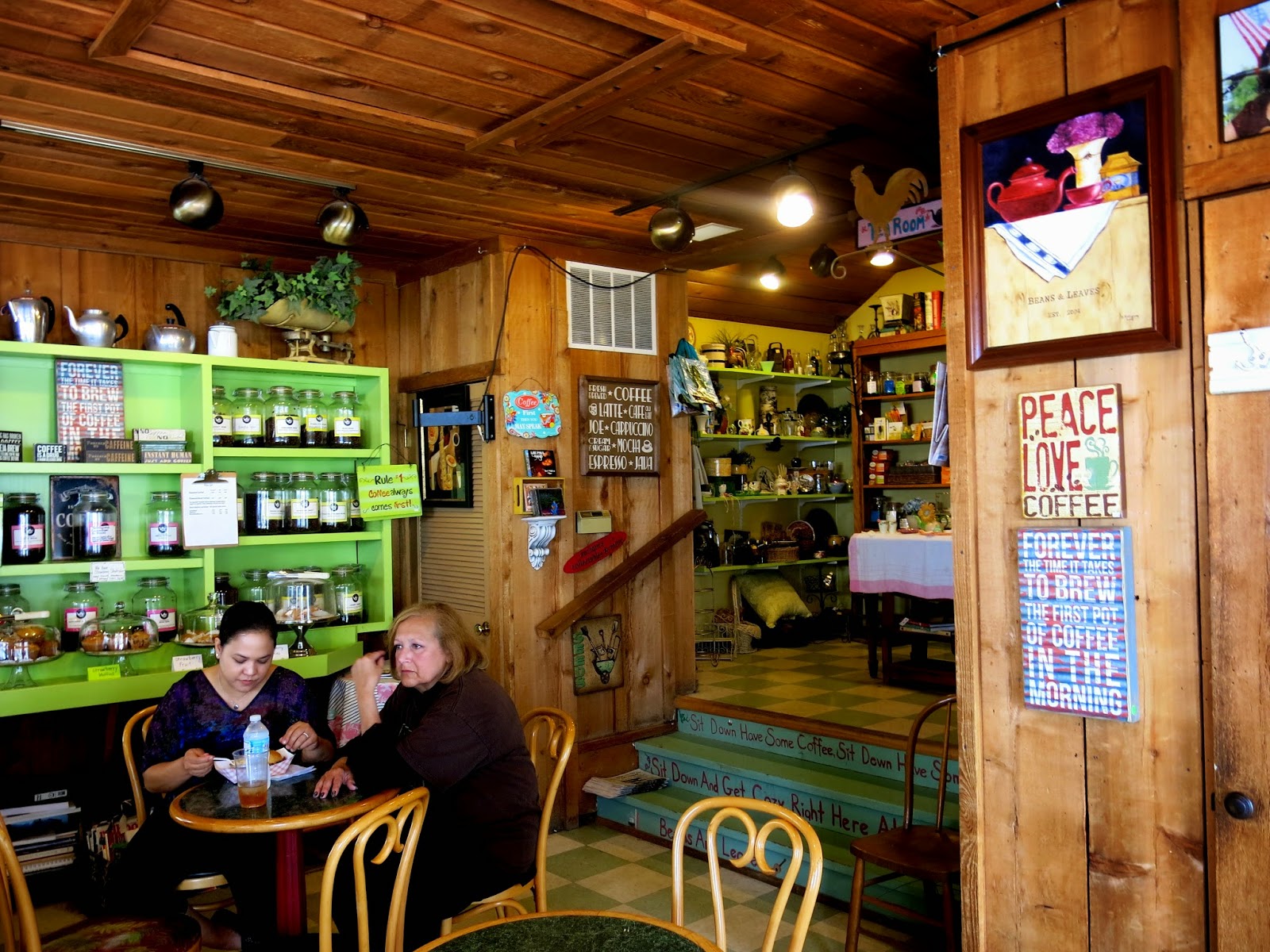 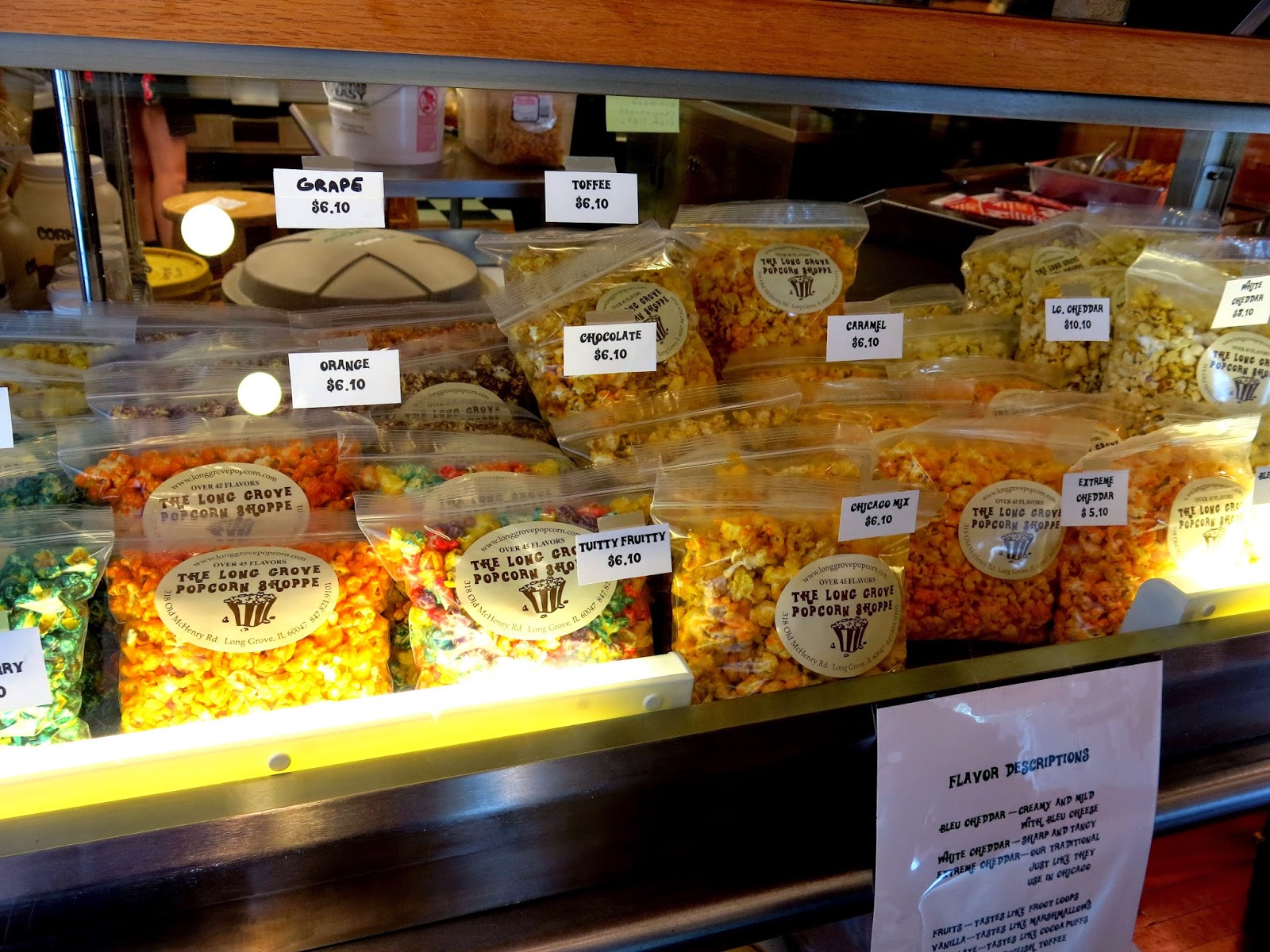 Wandering around the charming little village proved to be a much needed dose of perspective for city folk such as Brandy, Bailey, and Hawk.  For an hour or so they wandered along the adorable cobble stone avenues, ducking in and out of shops to see what kind of treasures there were.  Brandy loved the little coffee shop known as Beans and Leaves, so much so that she had to be dragged away when Bailey suspected she might settle in amongst the tins of loose leaf teas and never leave again (the same was true when Brandy spotted a little spot marked High Tea with Geri, which Bailey wouldn't even permit her to enter).  Bailey's favorite stop of the day was at the Long Grove Popcorn Shoppe, which sported a wide variety of sweet and salty flavors of popcorn (though sadly they ran out of the strawberry flavor very early on in the day).  Bailey grabbed a bag of Chicago Mix (a combo buttered, cheddar, and caramel corn for those unfamiliar, like Brandy), which she happily munched on as they continued to wander.  Although there wasn't any food to be found in some shops, Hawk loved getting lessons in his heritage from an Irish gentleman at Paddy's on the Square, who talked the group through some Irish history and some of their possible lines of ancestry ("You're descended from a great warrior," he told an amazed Bailey, "And your ancestors were some of the original natives of Ireland," he told Hawk.  "And my ancestors probably built the first pub in a cave somewhere," Brandy joked).  There was also a Scandinavian market, whose cooler full of imported sodas caught Hawk's eye. 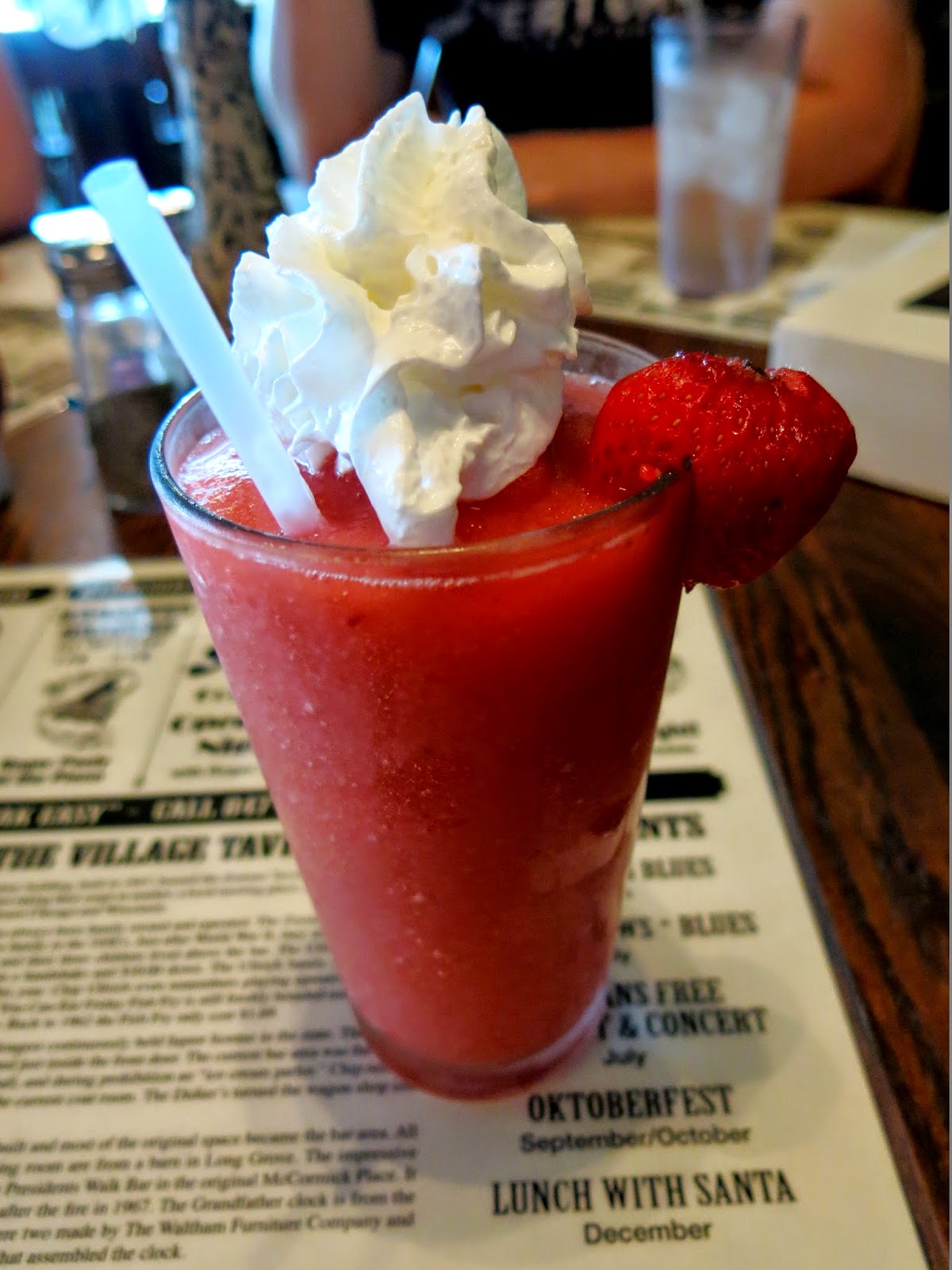 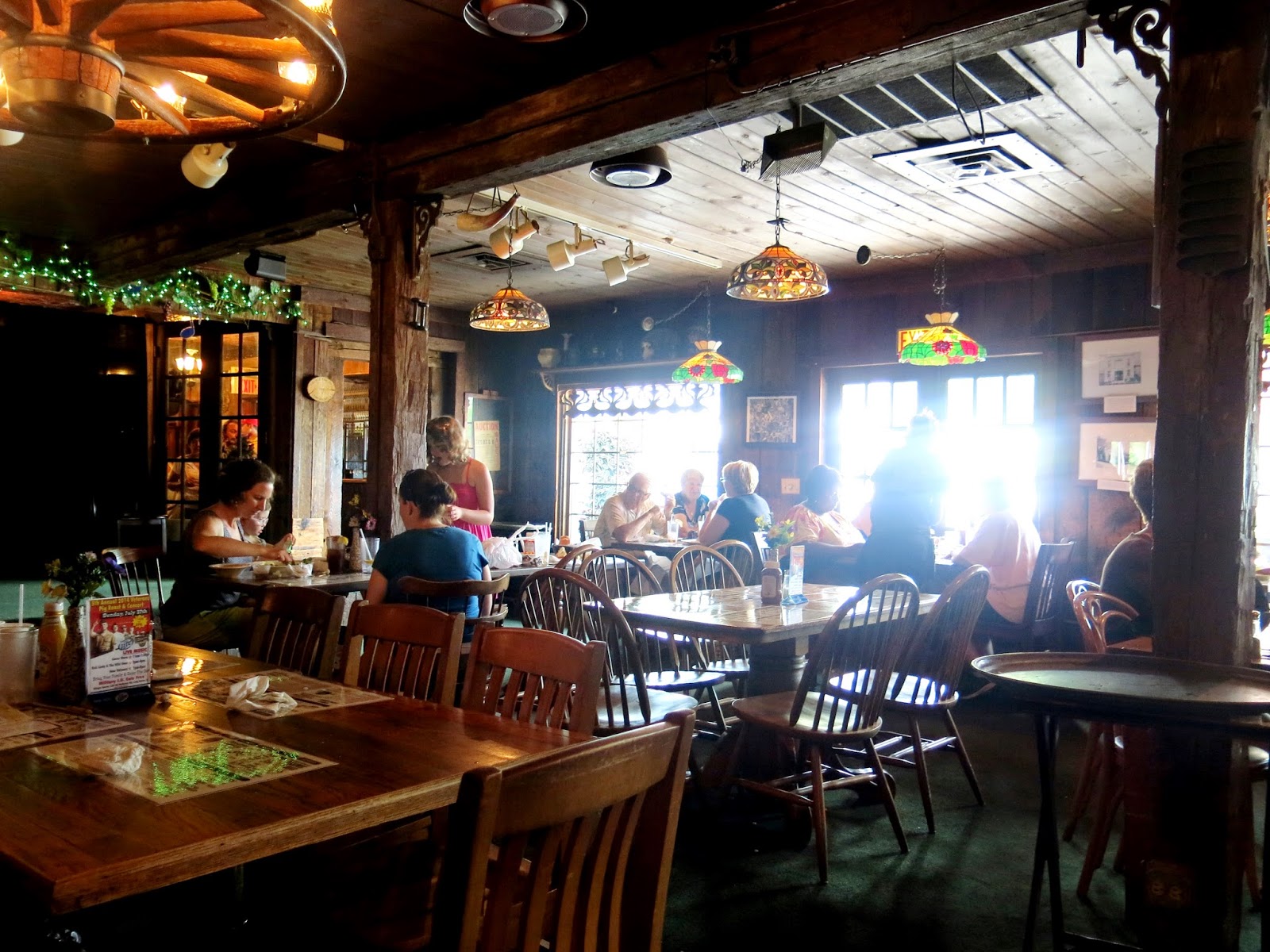 Deciding to go inside and enjoy a little air conditioning, the trio headed for the historic Village Tavern.  There they sampled three delicious specials: freshly made Strawberry Daiquiris, a Strawberry BBQ Chicken sandwich, and a Strawberry BBQ Bacon Cheeseburger.  Brandy loved the sauce that topped to the two sandwiches so much that after their lunch, they headed to a little booth down the road for Smokin' T's, which was selling the stuff by the bottle and by the jar, along with some of their other signature sauces. 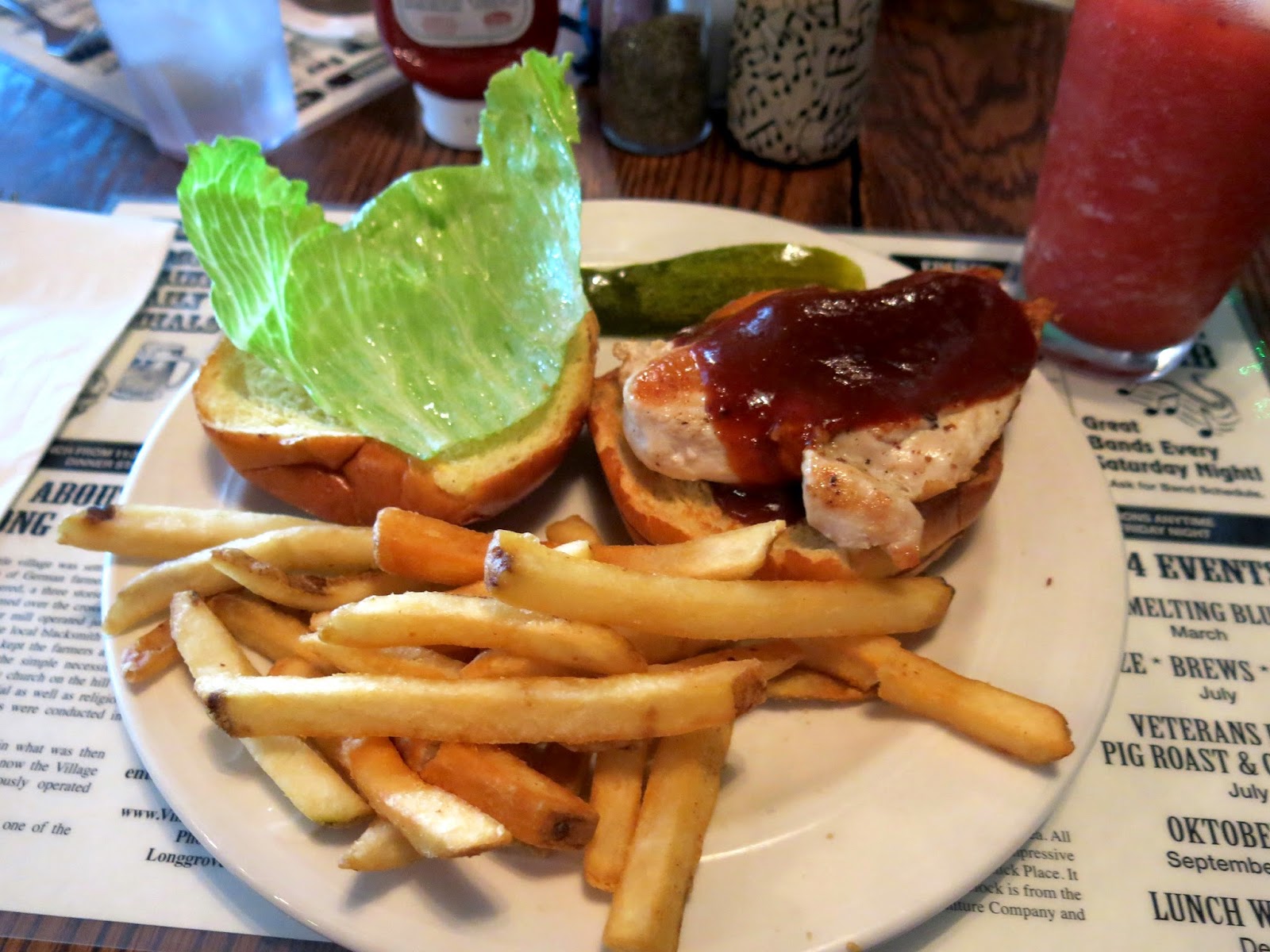 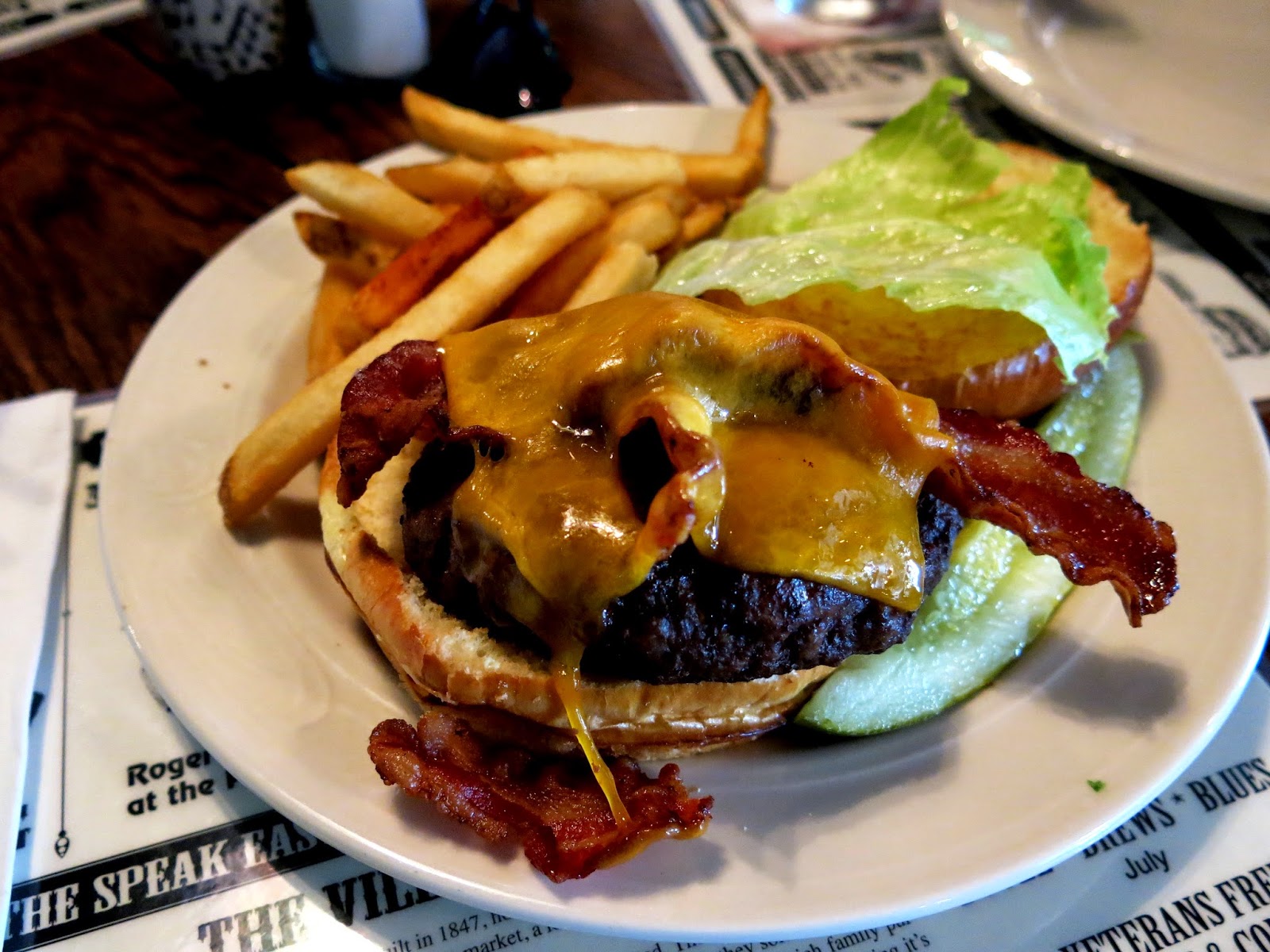 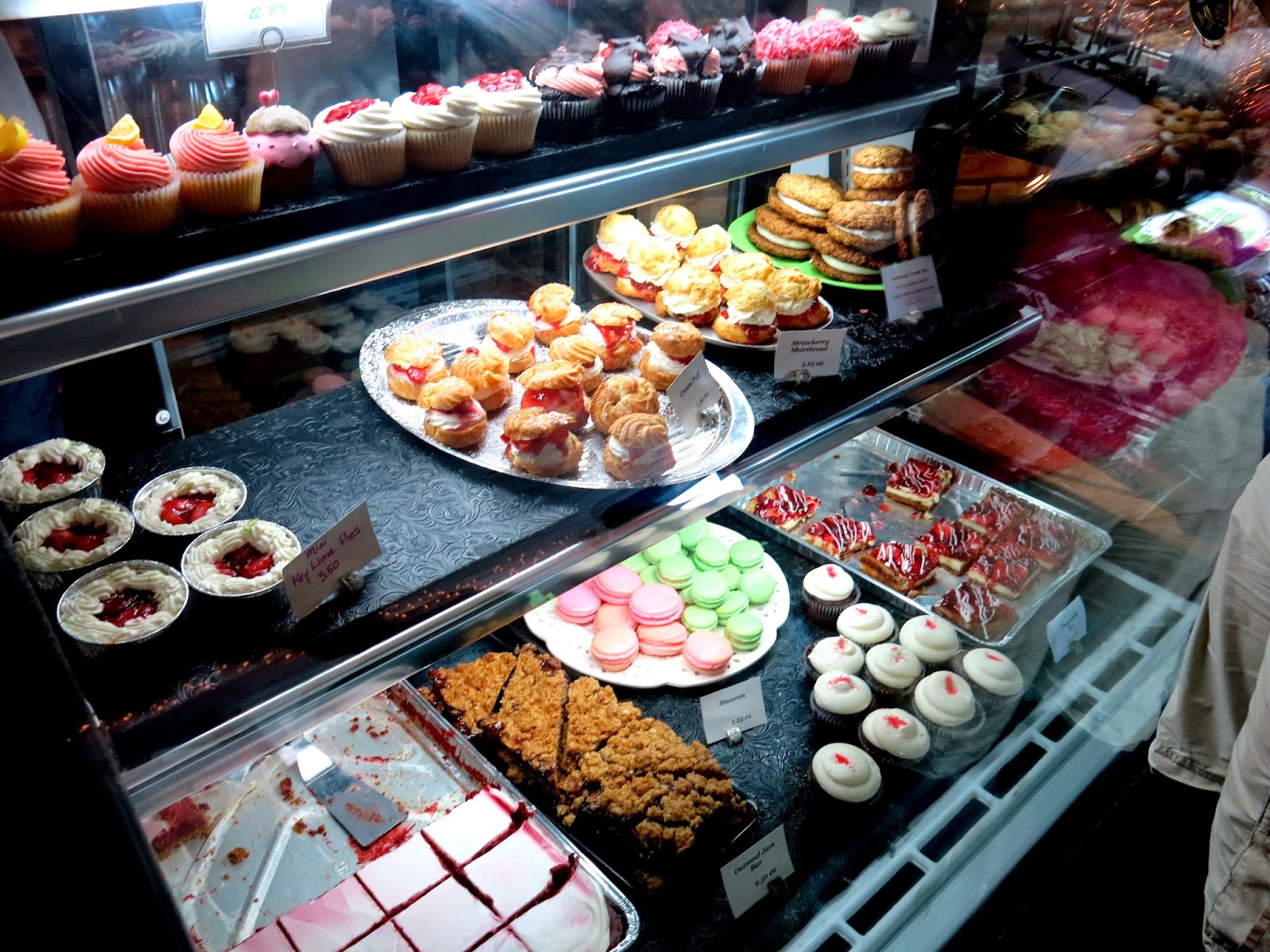 They were so full by time they made it to Sweet Whimsy Pastry Shop that they could do nothing but stare in wonder at the gorgeous desserts on offer, like the gigantic strawberry macaroons and strawberry filled cream puffs.  The same was true when they spotted one booth offering corn on the cob slathered in strawberry butter, which Bailey and Brandy had a very hard time passing up.  They settled for stopping by another booth offering mountains of different chocolate covered fruits (pears, apples, and even jalapeno peppers) along side bricks of amazing looking fudge (sadly, they were in such a food induced haze that Brandy forgot to notate to whom the booth belonged), where Brandy purchased some Blueberry Cheesecake, Chocolate Mint, English Toffee, and Chocolate Walnut Fudge to take back with them. 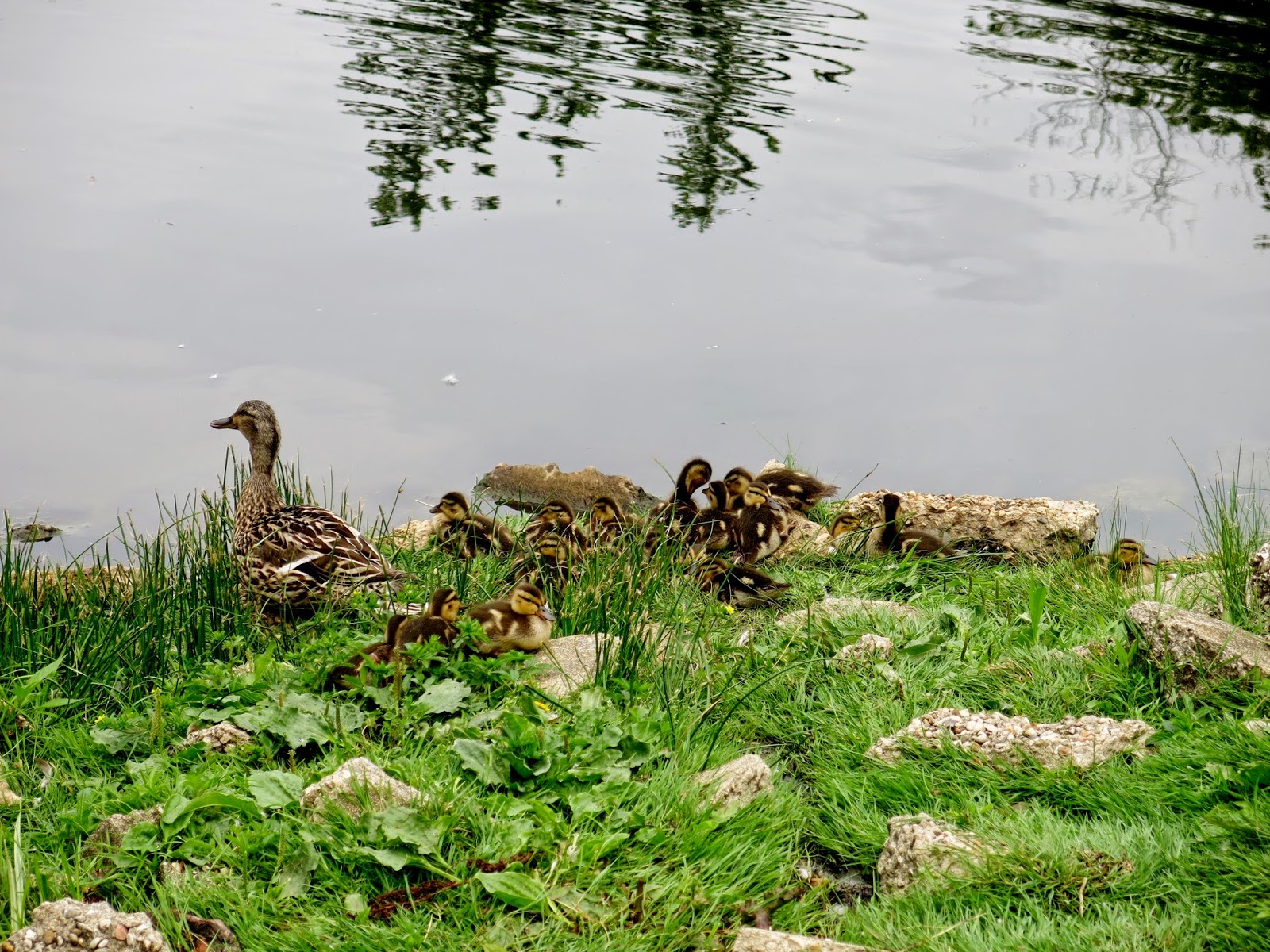 A break from the city was definitely welcome, but the three were glad they headed out when they did, avoiding the downpour that arrived in the late afternoon (this was a bonus to Bailey's plan of keeping Hawk away from the strawberry pie eating contest, which he vowed to win.  "I think it's for children," she protested, to which Hawk replied, "Good!  I'll definitely win then!").  Halfway out of town, they were already making plans to return for the apple festival in the fall, at which Bailey and Hawk hoped their favorite beverage, cider, might be on the docket.  "Ah, days like this almost make me miss living in a quiet little village," Brandy sighed, "Although, if I really did move out to the suburbs, I'd be probably be dying for a day trip into the city every weekend.  Still so much brunch to be tasted..."

Remember to visit Bunny and Brandy's Facebook page for more pictures of the festival!