Sprout or New Sprig of Life 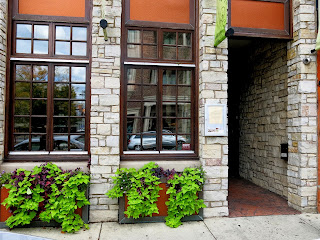 Brandy is a big believer in second chances in most circumstances (we are of course not counting her tendency to publicly rank coffee house barristas based on their efficiency and cheerfulness).  "Life is one big learning opportunity.  You can't expect everyone to get things right the first time around," she often preaches, "Except for those damn barristas.  Make your mistakes while you're training, not while you're making my pumpkin spice latte!"

It was with this philosophy in mind that Brandy decided to finally take a chance on the infamous Sprout in Lincoln Park.  Notorious for its former policy of not allowing children at brunch (a policy Brandy wasn't all that opposed to), Sprout, which is the big sister of one of Brandy's all time favorite spots, Frog 'N Snail, recently overhauled their entire brunch menu, basing their new dishes on the philosophy of "recovery" and more casual, neighborhood dining than their previous incarnation.  As Sprout had been on Brandy's radar for ages, she took the opportunity to finally sample their wears, dragging her good friend Bailey Blue along with her.  "But there's a Bears game today!" Bailey half whined.  "You can watch your American football game later.  Sunday morning are made for brunches, not beers." 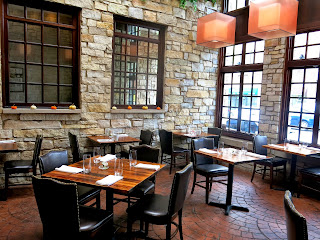 Sprout's interior wasn't the small, packed space Brandy had thought it would be, but instead held a sunny room at the front, an open second room with a long, elegant bar, and a few private tables separated from the main area for a more quiet conversation.  The inside had been decorated with little touches of nature, like sticks and Spanish moss, giving just a hint here and there of greens and browns.  Brandy absolutely loved the sunroom, which had brick floors and walls and came topped with two skylights, giving diners all the pleasure of eating on a porch without having to worry about the elements. 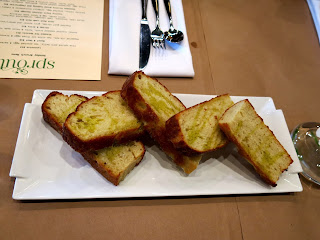 Once Brandy and Bailey had settled into their table, they were treated to a plate of warm, sliced bread, drizzled in olive oil, and sprinkled with just a tiny bit of sugar.  "This is how they start brunch in Spain," a server explained, "With a little bit of house made focaccia."  Brandy and Bailey simply adored the soft but hearty bread, and the little touch of sweetness was enough to liven up the palate for the rest of the meal. 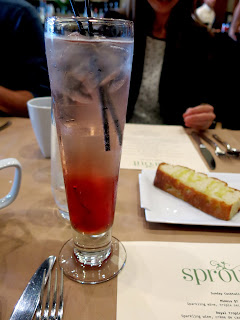 Brandy began her meal with one of the signature cocktails, called the Nuts and Berries, which was a beautifully layered mix of blackberry and hazelnut liquors served over ice.  Brandy thought the blackberry flavor dominated the hazelnut a little bit, but didn't make the drink too sweet, adding more of a subtle tartness and almost herbal like aftertaste.  "Its a nice transition drink from summer to fall," she mused while fishing for the plump red cherry at the bottom of the glass.  Bailey went with a simple mimosa, which had an excellent balance of acid, sweetness, and fizz. 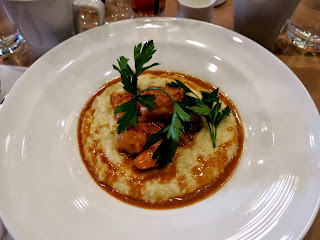 Bailey and Brandy decided to split an order of the Shrimp and Grits.  Plated like it was ready for a magazine cover, Brandy just barely suppressed a gasp when the dish was set down between them.  The grits were silky smooth and creamy with just a little bit of stone ground texture to them.  The shrimp were gigantic, but tender, and shockingly fresh.  "It's been so long since I had a decent shrimp in Chicago that I'd almost forgotten how lovely they can be!" Brandy swooned.  The dish had also been enrobed in a delicate brown butter sauce which made every bite rich and succulent, but not heavy or greasy. 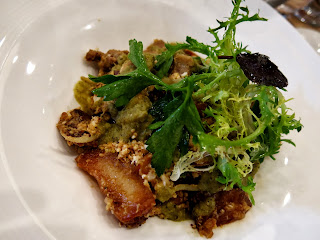 Bailey went with the Mish Mash Lamb Hash as her entree, a rustic mix of lamb sausage, salsa verde, caramelized shallots, and potatoes.  Bailey really loved the zing and spice of the salsa, which mixed well with the hearty lamb sausage.  The potatoes, she noted, were particularly tender and melt in your mouth smooth.  "I wouldn't mind waking up to this every morning!" she commented, "Reminds me of my childhood on the farm.  But the farmer who would serve this to his family would be awfully fancy.  I mean monocle wearing fancy." 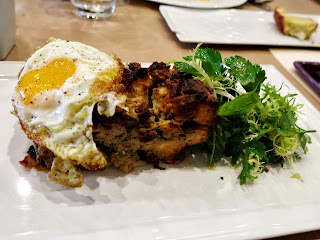 Brandy went with the Ricotta Bread Pudding, which came served with an egg on top and a side of herb salad.  The first bite was an explosion of texture, as the top of the bread pudding had a brilliant crunch, while the center remained soft, but the texture as well as the herbaceous flavor reminded Brandy more of a Thanksgiving stuffing than a bread pudding.  "I would think a bread pudding would be even softer with more of an eggy flavor," she mused.  She also thought the herb salad was a bit too much when combined with the already well seasoned bread.  After Bailey had tasted it, they both agreed that the dish would have made an excellent side, but fell a little flat as an entree. 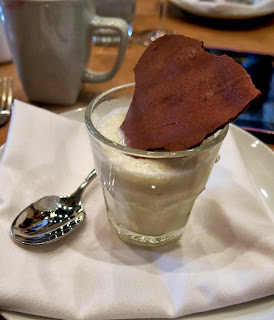 The kitchen surprised the ladies with a little dessert treat, a Parsnip Milkshake with a wafer of dehydrated chocolate mousse.  Brandy loved the unusual earthiness of this creamy treat, which was matched well by the crunchy meringue like chocolate.  "Who would have thought a milkshake that tastes slightly of carrots could be so refreshing!" Brandy exclaimed.  Bailey nodded in agreement while knocking back the rest of her dessert like it was a shucked oyster.

All in all, Brandy was impressed with Sprout's new friendlier attitude, and with most dishes coming in between $10-$15, the menu was just as accessible.  "Though if their aim was recovery, I can't say they've succeeded," Brandy yawned, "Because the atmosphere was is relaxed that I seem to have been lulled into a mid afternoon nap."  Bailey debated waking her, but instead decided to order another mimosa, watch the Bears game on the television over the bar, and wait for dinner service.

The writers of this blog were invited by the restaurant to sample their food at no charge in exchange for an honest review. 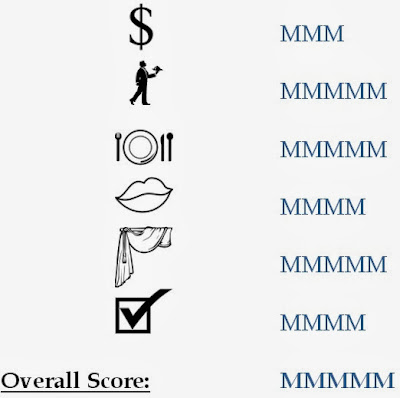 Posted by Bunny and Brandy at 9:57 AM