Unicorn Cafe or All out of Magic 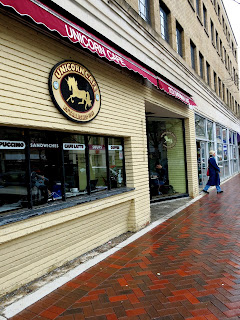 Its been a few weeks since Brandy visited her dear friend Baranina, infamous Polish popstar, who was stranded in Evanston due to some repairs being made to her private jet, so you can imagine Brandy's surprise when she got a call from Baranina, saying she was still there.  "What on earth happened to your jet that its taken a month to fix?" Brandy exclaimed.  "It was the solid gold cup holders.  One of them cracked and had to be melted down and smelted again, but they couldn't find the original mold.  In any case, its fixed now and I'm about to leave, so I would love to see you one more time."  Rolling her eyes so hard Baranina could practically hear it over the phone, Brandy agreed to meet with her once more before Baranina once again set off on her world tour. 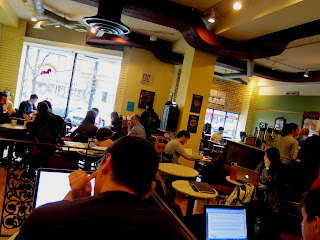 This time, they chose an unassuming little coffee house in Evanston called Unicorn Cafe.  Brandy was immediately taken by its name, as she has always had an affinity for the magical beings.  "I think I saw one once when I was a child," she told a sceptical Baranina, "I was gathering wildflowers in the woods one day and I saw a white flash run through the trees.  I know it was a unicorn because my father had always told me those woods were infested with them.  Of course, he also said there was a mermaid in the pond in our back garden, but that turned out to be a larger than average slug."  Though hopes were high, both ladies were a little let down to find the interior of the place to be an odd combination of classic coffee shop hardwoods and cream colored walls, decorated with kitschy unicorn memorabilia, pictures, and nik-naks.  "They need to pick one side or the other," Brandy grumbled, "Either go keep it classy with more majestic unicorn decor, or dive in head first and paint the walls rainbow."  She and Baranina waded through the sea of students, who were all plugged into their various electronic devices, oblivious to the world around them, to a tiny table in the far corner. 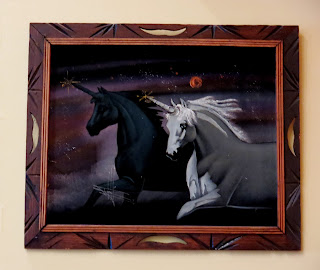 Having staked their claim, they approached the large counter at the front of the shop to place some orders.  Brandy had a hard time getting the attention of the young girl at the cash register, who halfway through Brandy's order began conversing with one of the other employees.  Brandy gave her several stern coughs and eventually finished her order.

The ladies started off with some classic cafe drinks: Iced Coffee and a Chai Latte.  Both were not much more than average flavor-wise.  Both Brandy and Baranina thought the drinks tasted rather watered down, but at least the portions were fairly generous. 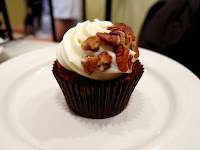 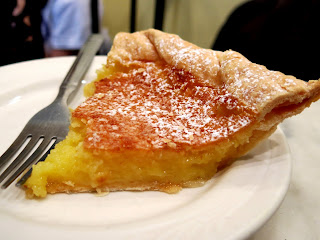 While they had both ordered some sandwiches, Brandy and Baranina decided to snack on some sweet treats while they waited for their lunch to be brought to the table.  Brandy chose a slice of Lemon Cheese Pie, un unusual decision for her as she normally steers away from anything lemon flavored (Brandy had a tragic childhood incident with some furniture polish she has never quite recovered from).  She found the pie to be quite bright and pleasant, with a creamy texture to the filling that kept the lemon from being too overpowering   Even the crust had a nice flakey consistency without being too thick.  Baranina picked a Red Velvet Cupcake, which was not quite as good as the pie.  The cake was extremely dry and flavorless, crumbling to nothing every time a bite was taken, and the frosting was overly sweet and chalky.  "This is why I usually only eat cupcakes made fresh by my personal chef," Baranina said, setting the unpleasant pastry down. 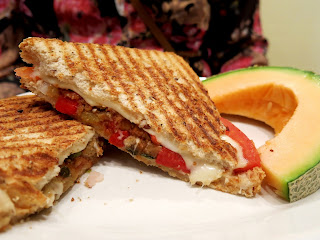 The sandwiches arrived shortly after.  Baranina had picked the Moroccan Panini, which consisted of some grilled eggplant, sweet basil, tomato, and Swiss cheese.  All in all, the sandwich was pretty flavorful though the veggies caused it to get soggy very quickly, even though it had been toasted.  Baranina had to resort to a fork and knife towards the end. 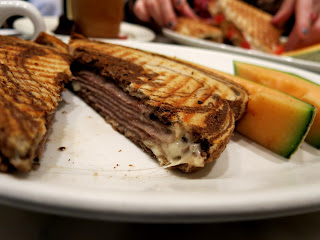 Brandy chose the Reuben, a classic deli sandwich made from roast beef (as opposed to the more traditional corned beef), Swiss cheese, sauerkraut and tangy dressing.  She found the sandwich extremely bland lacking in flavor.  Because roast beef had been used in place of corned beef, there was practically no seasoning, and an almost nonexistent portion of sauerkraut didn't help to boost the eating experience.  "This food is sadly not as magical as the name of this establishment would imply," Brandy sighed.

Though the prices weren't terrible, between the uninterested employees, the lackluster edibles and drinkables, and the confusing atmosphere, Brandy wasn't sorry to see the outside of Unicorn Cafe.  "Perhaps the next time you visit," she said to Baranina as she hugged her goodbye, "We'll be able to find somewhere a little more promising.  I've heard good things about this place called Starbucks." 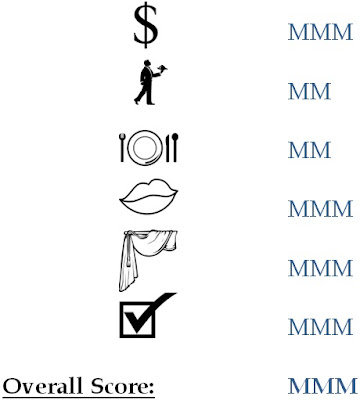