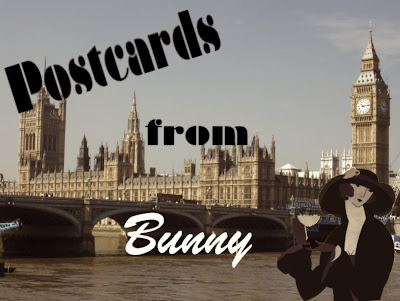 Greetings dear readers and Happy Pride Weekend to all the brunch aficionados of Chicago!  As Pride weekend is one of the most brunch-tastic holidays of the year, we hope you will peruse our archives to find a great restaurant at which you and yours can enjoy a wonderful meal before the parade.

In the meantime, we've had a few little blips from Bunny (who is currently celebrating Chicago Pride at Rainbow Falls in Hawaii).  First up is this spectacular event at one of Bunny and Brandy's favorite Chicago eateries, ING, sponsored by the wonderful people at Chicago Foodies:

Chicago Foodies Unique Dinner Series: “A Lifetime of Guilty Pleasure” CHICAGO, IL: June 19th, 2012--  The foodie culture in Chicago is constantly evolving as chefs and restaurants focus efforts on more exciting and original dishes, leaving Chicago Foodies to ask: What was your guilty pleasure when you were 10? What will it be when you're 80?

On Saturday, June 30th Chicago Foodies (chicagofoodies.com) will host the 2nd event in its Unique Dinner Series, “A Lifetime of Guilty Pleasures” at iNG Restaurant (951 West Fulton Market). Chef Homaru Cantu will lead diners through a six-course journey of guilty pleasures from infancy to maturity, demonstrating the range and depth of his menu and broadening the palette's of fine-Chicago diners.

“The Unique Dinner Series gives chefs creative license to take risks that they would not otherwise take at their restaurants,” said Chicago Foodies founder and editor-in-chief Josh Brusin. “Chefs are challenged to step outside of the box, resulting in a wildly innovative culinary experience.”
Earlier this year, Chicago Foodies kicked-off the series at Moto with "16 Courses of Black" prepared by Cantu and his team, including Ben Roche and Top Chef contestants Chris Jones and Ritchie Farina. Twenty-four diners experienced a progression of flavors and textures - all in achromatic black.

“It’s about as extreme as high-end dining gets,” said Chef Cantu.

“A Lifetime of Guilty Pleasures” is limited to 36 guests. For reservations, email your request to: RSVP@chicagofoodies.com. Tickets are $100 per person.
When:
Saturday June 30th
6pm

Our other little tidbit is some exciting news from our good friends at Robert Mondavi Private Selection:

Through the use of social media channels including Facebook, Twitter, Pinterest, and YouTube, Robert Mondavi Private Selection will discover and share hidden gems of the Central Coast, showcasing the ‘best of’ landmarks ranging from Hearst Castle, to cafes and diners, bed & breakfasts, antique shops, vintage clothing stores, and other favorites most commonly known only to locals.  These ‘locals-only’ hideouts are pure and true to California’s Central Coast culture as is Private Selection.  Robert Mondavi Private Selection sources 100% of their grapes from the region’s growers – a characteristic unique to the brand and one which sets it apart from super premium category competitors.

The allure of the California coast was obvious to Robert Mondavi who believed that wine can enhance any meal and be enjoyed by everyone.  The Central Coast region holds tremendous varietal quality and versatility that could be used by Mr. Mondavi as a winemaker.  The result: high quality, affordable fine wine born of the best of California’s diverse growing regions.  The digital tour stops at some of the least expected businesses and locations further proving that high quality food, wine, and fun doesn’t have to come at a high price.

Launching at a time when gas prices might deter folks from taking their annual summer vacations, an event that two thirds of Americans generally take, the Robert Mondavi Private Selection Central Coast tour kicks off north of Santa Cruz and heads south through Monterey Bay and San Luis Obispo.  The tour wraps up in late August in the Santa Barbara County.

Food and wine enthusiasts are encouraged to check the Robert Mondavi Private Selection Facebook page daily for updates including recipes, interesting Central Coast information, and educational messaging about the winemaking and tasting process.  Readers should also stay tuned to Pinterest for contest opportunities.