Club 162 or Somewhere in the Ballpark 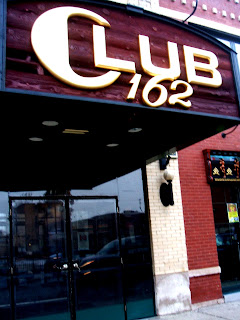 Growing up, Brandy was never one much for sport, for as a young woman, her pursuits and interests mainly lay in the arts.  But during one of Brandy's first visits to Chicago, she was taken to a baseball game at Wrigley Field, and ever since then you'd be hard pressed to find a bigger non-American baseball fan than she.  Sadly, since 1932, Brandy has had to attend games at Wrigley Field in disguise as she is not technically allowed there.  You see, there was an incident in October of that year at a very important game in which Brandy was in attendance.

Brandy had learned to love the art of the heckle by then and had become much beloved by the so called bench jockeys who to this day hold court in the outfield bleachers.  Brandy, whose voice was blessed with a fair amount of natural amplification, revelled in inventing insults for each of the opposing players, even occasionally bringing the staunchest of ballers to tears.  So good and so infamous was she for her creative and cutting jibes, that a certain member of the opposing team at this particular game (some chubby lay about named Babe Ruth) decided he would do something about this terrible woman, and in the 5th inning was seen to point directly at Brandy in her center/right field seat and mouth the words, "This one's for you, lady," before hitting a rather impressive home run directly at her.  Although this incident resulted in Brady's lifetime ban, it is also rumored that Brandy's brashness resulted in a date with this same ball player. 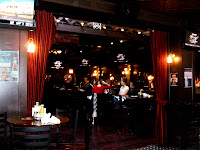 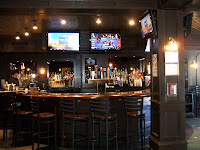 Regardless of her lifetime ban, Brandy still looks forward to baseball season every year, and seeing as how Spring training is right around the corner, Brandy decided to drag Biscuit Brown to Club 162, a spacious restaurant located just across the street from Wrigley Field (or "Wrigley Stadium" as Biscuit sometimes refers to it).  Decorated to look like a luxury box in the upper decks of the ballpark, Club 162 boasts a usual mix of dark woods and assorted memorabilia that one would expect from a sports bar and grill.  The tables and chairs were all on the high side and nicely spaced.  As this was the off season, the place was not exactly buzzing, but Brandy supposed it would probably fill up as the year wore on. 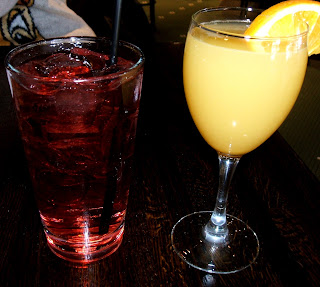 The ladies started out with a pair of drinks; a traditional mimosa for Biscuit and something called a Cherry Soda (which contained cherry flavored vodka, cranberry juice, and lemon/lime soda).  Brandy enjoyed the drink very much, commenting that it reminded her of a Shirley Temple ("The drink, not the child actress," she clarified, "That little brat was a terror.  Kicked me in the shin once.").  There was quite a long wait for food, even though there were such few tables filled, which caused both ladies to order a second round of drinks before their entrees even arrived. 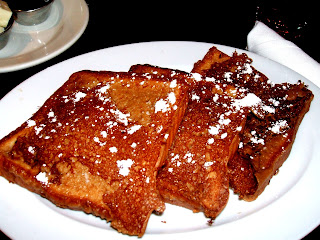 Brandy had chosen a plate of Cinnamon Ginger French Toast for her entree.  While the toast had a lovely soft texture and a wonderful blast of flavor at the forefront, Brandy couldn't get over a very odd bitter after taste that seemed to become stronger with every mouthful.  She thought to herself that a bit of fruit on the top would have been a nice change and help to break up that bitterness, which was most likely coming from the ginger. 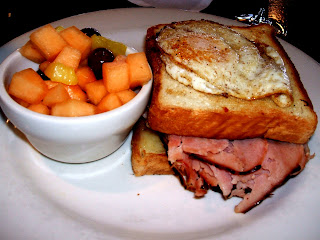 Biscuit chose the Croque Madam, a grilled ham and cheese sandwich with a friend egg on top.  The sandwich came packed with so much meat that Biscuit had to resort to a knife and fork to eat it.  "My mama always said not to take bites from anything bigger than your head," she said demurely.  She reported that the ham was smokey and tender, but that she had expected the egg on top to be poached, rather than fried, which is the more traditionally French way of preparation.  "Maybe this Madam Croque is more open minded than you when it comes to her eggs," Brandy suggested. 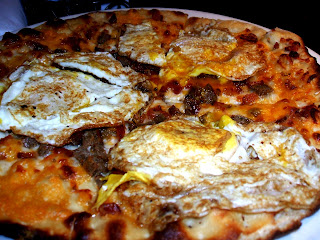 As a final treat, the ladies split an order of Breakfast Pizza.  Both of them agreed that this dish was the true star of the day.  It came as a lovely cracker crust covered in cheese, bits of sausage and bacon, and several fried eggs, and it didn't take long for Brandy to decimate her half.  This, she thought, was the perfect sort of bar brunch food, which she would gladly eat again before dawning a disguise and sneaking into a game.

About average on most accounts, Club 162 did give a good deal for the dollar, with three entrees and a 2 rounds of drinks still coming in at under $50.  Brandy still hopes that her life time ban from Wrigley Field may some day be lifted (or that one particularly ancient ticket taker with a memory like a steel trap might finally retire), but in the mean time she will be quite happy to stake out a seat here and watch the game comfortably on those big flat screen TVs. 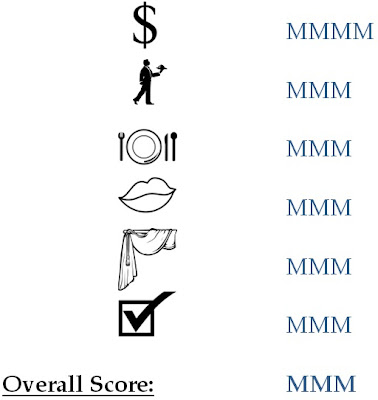